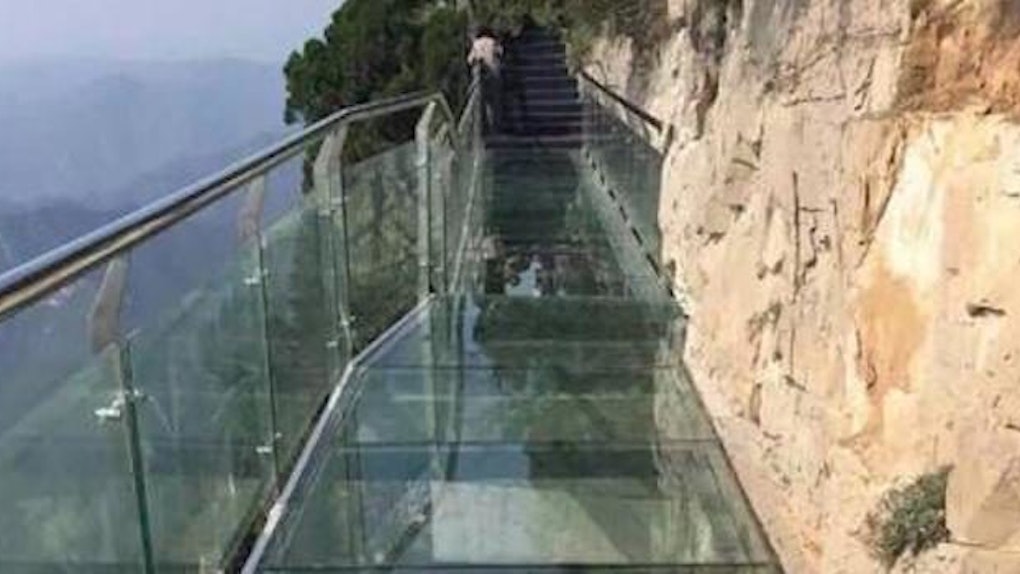 This Suspended Glass Bridge Actually Cracked While People Walked Across

Sure, there are the outrageously steep stone steps of the Great Wall and, yeah, the Imperial Palace at the Forbidden City in Beijing is super haunted, but those don't quite cut it anymore.

In an effort to correct this injustice, a panel of a new glass walkway perched on the side of Yuntai Mountain Geological Park in Henan Province cracked while people were walking over it on Monday afternoon.

I was almost at the end and suddenly I heard a sound. My foot shook a little. I looked down and I saw that there was a crack in the floor.

At about 3,540 feet high, the walkway's stability is pretty important. Most people understood when the crack occurred beneath them, it was an every-man-for-himself moment.

A lot of people started to scream. I screamed out, 'It cracked! It really cracked!' and then I pushed the people in front of me so that we could run out of the way.

According to a spokesperson from the Yuntai Mountain tourism bureau, the cause of the crack was not foot traffic but rather a stainless steel mug dropped onto the walkway. Of the three glass layers, only one broke, leaving visitors safe from a horrifying death plunge.