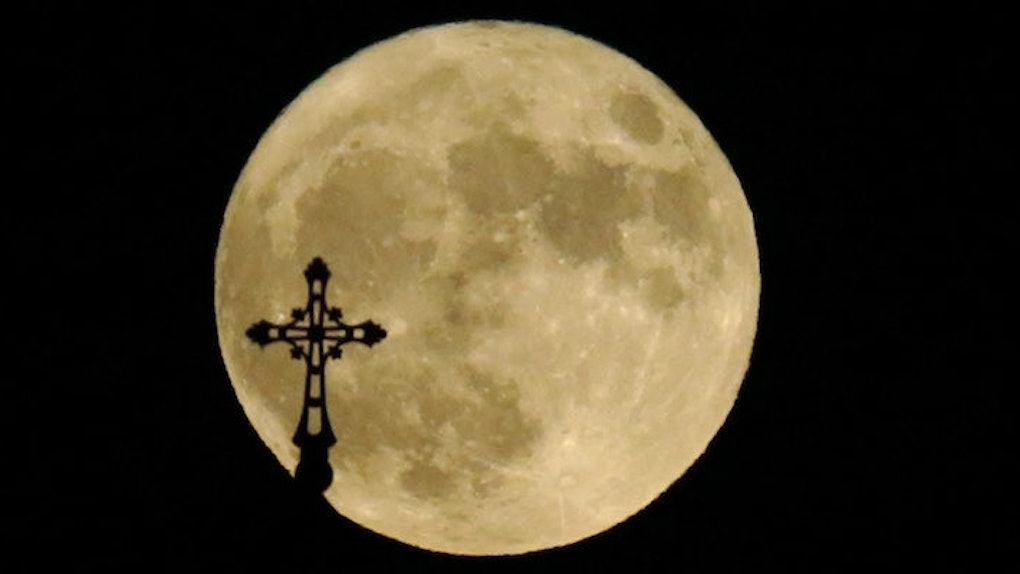 Supermoon Time-Lapse Will Make You Excited For Tonight

Are you ready for supermoon II tonight?

I can't hear you!

I said, "ARE YOU READY FOR SUPERMOON II TONIGHT!?"

And you thought the moon looked gigantic last night. PAH — you know nothing.

The Beaver Moon (lol) came out to play yesterday and reached its peak in the early hours of the morning (EST), but it's not over yet. Space nerds are advising star-gazers to go outside and let their jaw drop cartoon-style again tonight.

At its peak, the moon looked 14 percent bigger and 30 percent brighter than a normal full moon.

The last time it was this big was January 1948, and you won't be seeing it like this again until November 2034.

Last night, intense photos of the moon were dropping online. Someone even made a time-lapse of the rise over the Thames River in Connecticut. If this doesn't whet your space appetite, nothing will.

The internet was exploding with mega pictures.

Check out the supermoon in the UK...

And here's an awesome shot from Turkey.

Last but not least: Rome.

Basically, a supermoon occurs when the sun, moon and Earth all line up together.

NASA has a more sciencey explanation on its website:

Since the moon's orbit is elliptical, one side (perigee) is about 30,000 miles closer to Earth than the other (apogee). The word syzygy, in addition to being useful in word games, is the scientific name for when the Earth, sun and moon line up as the moon orbits Earth. When perigee-syzygy of the Earth-moon-sun system occurs and the moon is on the opposite side of the Earth from the sun, we get a perigee moon or more commonly, a supermoon.