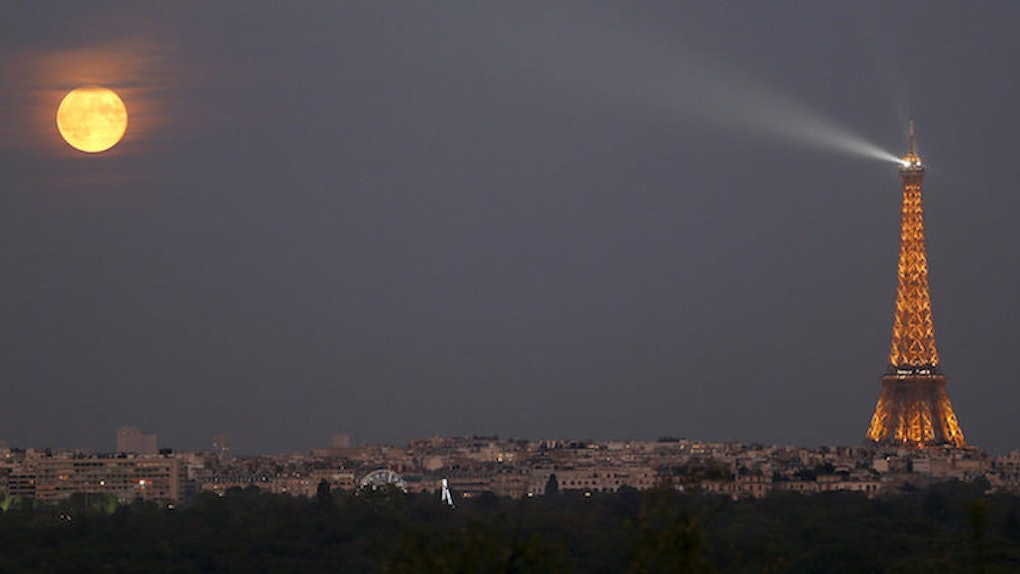 A Rare Supermoon Is Coming This November And December

You've literally never seen the moon like this in your entire life (unless you're 70 or older — and if you are, please stop bragging about how the moon was much bigger in your day).

Set Instagrams to stun because, on November 14, the moon will look 14 percent bigger and 30 percent brighter than a normal full moon.

The last time it was this big was January 1948, and the next time it'll look this engorged is November 2034 when Instagram probably won't exist.

So what's going on here? Well, it's quite sciencey and complicated, but supermoons occur when the sun, the moon and Earth all line up together. A spokesperson for NASA describes it in a bit more detail,

Since the moon's orbit is elliptical, one side (perigee) is about 30,000 miles closer to Earth than the other (apogee). The word syzygy, in addition to being useful in word games, is the scientific name for when the Earth, sun and moon line up as the moon orbits Earth. When perigee-syzygy of the Earth-moon-sun system occurs and the moon is on the opposite side of the Earth from the sun, we get a perigee moon or more commonly, a supermoon.

It's also part optical illusion. The NASA spokesperson added, when the moon is near the horizon, it can look unnaturally large when viewed through trees, buildings or other foreground objects.

The supermoon was scheduled to happen three times in 2016: once back on October 16, the upcoming one on November 14 and a final one on December 14.

But the supermoon on November 14 is due to be one of epic proportions.

However, NASA warns the 30 percent increase in moon brightness can easily be masked by pesky clouds or even light pollution. So if you're standing in the center of Manhattan, chances are you won't see anything besides the glare from a big Times Square ad.