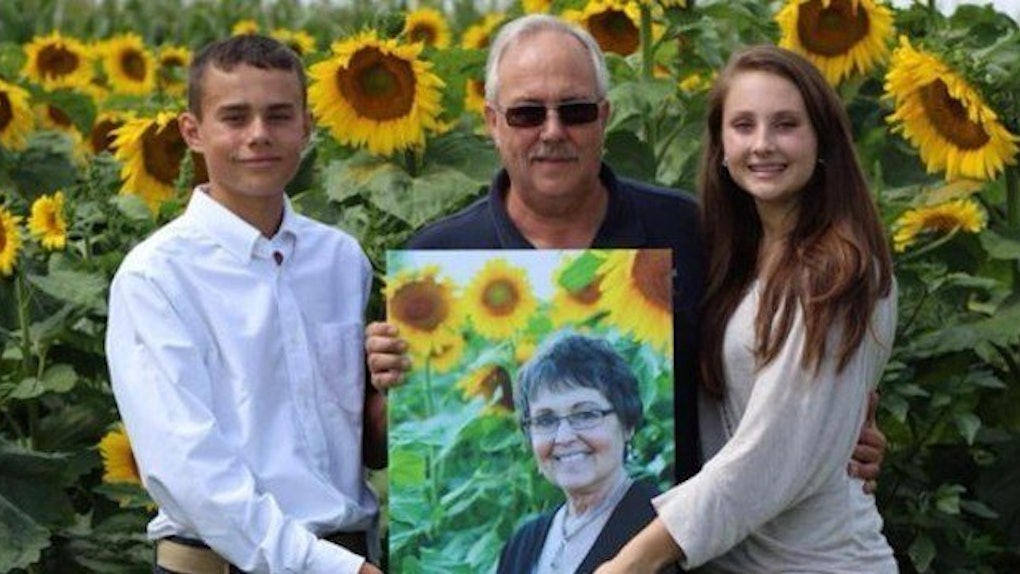 A Wisconsin widower planted a field of sunflowers 4 miles long to grant his wife's most precious wish.

Don began planting sunflowers to fulfill Babbette's longtime goal of selling seeds to raise money for cancer patients. Neighbors asked Jaquish to give them whatever amount of money he thought was appropriate in exchange for using their farms' roadside space.

They all loved her. There wasn't anyone that ever met her that didn't love her.

Jaquish will harvest the sunflowers' seeds and sell them as bird seed in packets labeled "Babbette's Seeds of Hope" at the end of the summer.

As per Babbette's dream, a portion of the proceeds will be donated to hospitals, cancer research and patient advocacy.

When speaking of his late wife, Jaquish said,

She was a pretty modest person and I'm not so sure she'd want her picture on the bag, but she's such a beautiful woman. She didn't really know how beautiful she was, inside and out.

Babbette reportedly wrote her husband a letter he found hidden in a folder four months after her death.

In the letter, she said,

You move on and live each day. Feel me in the morning air, and when you wake up and make your coffee. I will be there always.

The area now known as "Sunflower strip" offers a host of other wildlife to be enjoyed by the public as well. You can find out more about the mission on the Seeds of Hope website.