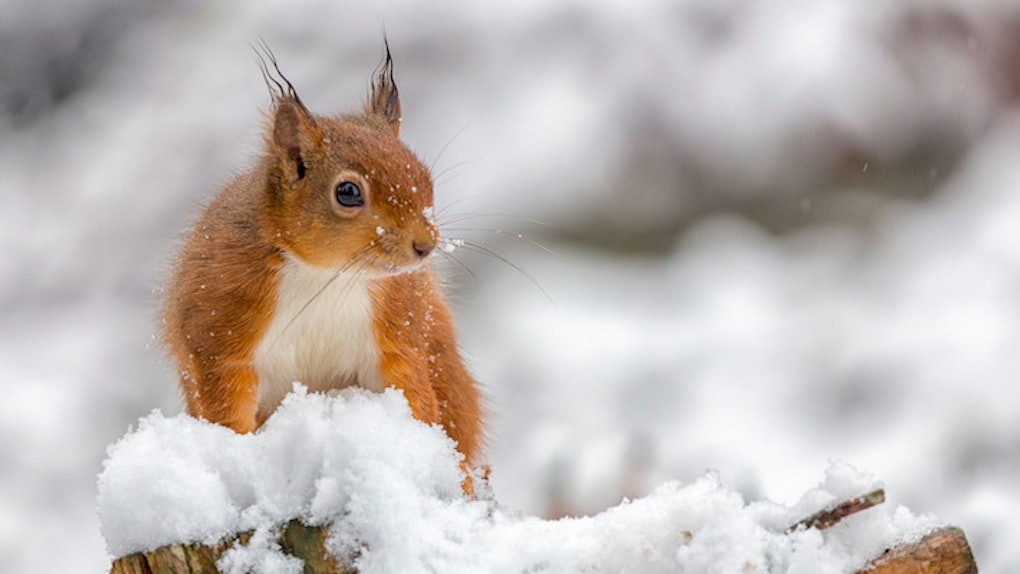 Some Squirrels In Britain Have Leprosy From The Middle Ages

Leprosy in humans dates back to around 5,000 years ago.

In Europe, leprosy's heyday was during the Middle Ages. For instance, by the year 1225 AD, a whopping 19,000 leprosy hospitals existed. What a time to be alive, right?

Europe had 19,000 hospitals for leprosy alone, and my doctor is busy until next week? RUDE.

Although leprosy died out in Europe around the 16th century, it's back in a very furry form: squirrels.

According to a report in the journal Science made by Stewart Cole from the Global Health Institute at the Swiss Federal Institute of Technology, red squirrels in England, Ireland and Scotland have been carrying it for hundreds of years.

In fact, apparently one version of leprosy found in these squirrels is a close match to the bacteria found in 730-year-old skeletal remains from Winchester, England.

In other words, leprosy has circulated in British squirrels since Medieval Times, which was a horrible time to be alive and is a great place to have your birthday.

Cole said the following about this beguiling discovery,

That for me was a real gobsmacker. The very same strain that would cause disease in humans back in the Middle Ages was still present in the squirrels. That's awesome.

That's right, he thinks the idea of squirrels carrying a horrible illness is awesome.

According to Cole, however, there's no evidence that would point to squirrels infecting humans. YET. Don't go petting every squirrel you see there, sport.

These findings go against the age-old belief that only humans can have and transmit leprosy.

This was debunked in 2011 when microbiologist Richard Truman and his team sought to prove that armadillos in the southern US were giving people leprosy.

My heart goes out to my little squirrel lepers.