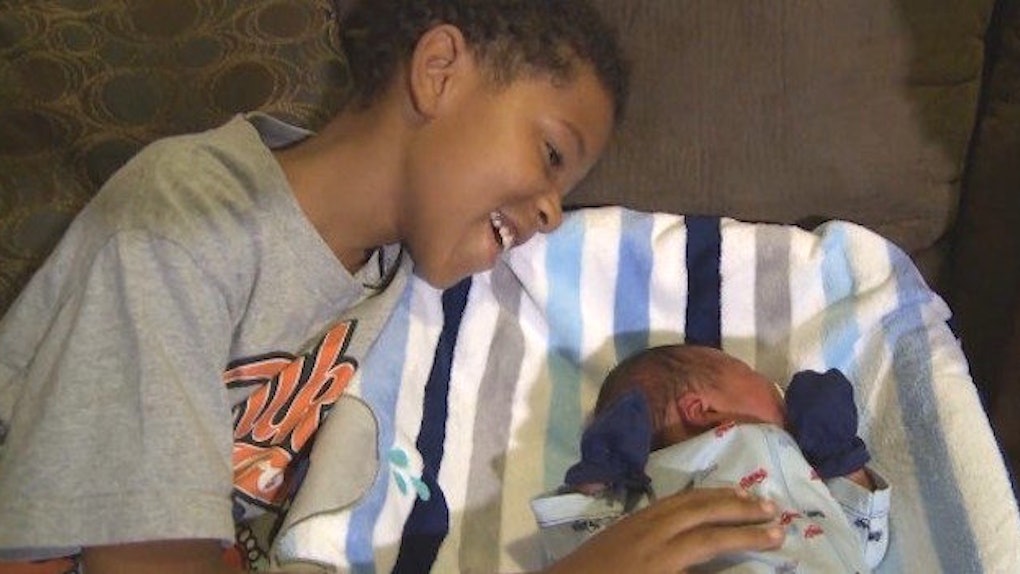 An 11-year-old helped deliver his baby brother when his mother unexpectedly went into labor.

According to CBS News, Kenyarda Dukes wasn't due to give birth earlier this week, but the pain she was in Tuesday morning told her the baby was on its way.

All of a sudden I couldn't get to the bed anymore, so I just collapsed on the floor.

Her husband was at work, leaving her son James to take care of her at their Marietta, Georgia home.

James rushed into the room to find his mother screaming, but instead of panicking, he called 911 and calmly followed the operator's directions.

Kenyarda told The Atlanta Journal-Constitution her son, whom she calls her "guardian angel," did not "shake" or "budge" as he gathered towels to keep the baby warm.

Baby Royal was born without trouble and is reported to be in good health.

Words can't express how proud I am. He is the epitome of when you tell your son that 'you're the man of the house so you have to take care of those responsibilities,' and he did it to a 'T.'

James previously dreamed of playing professional football, but the way he reacted to Tuesday's emergency inspired a change in his goal for the future.

He now wants to become a doctor, and Dr. Eric Brown, who was supposed to deliver the baby, said James is welcome to "spend some time with [him] at the office" as he pursues his goal.