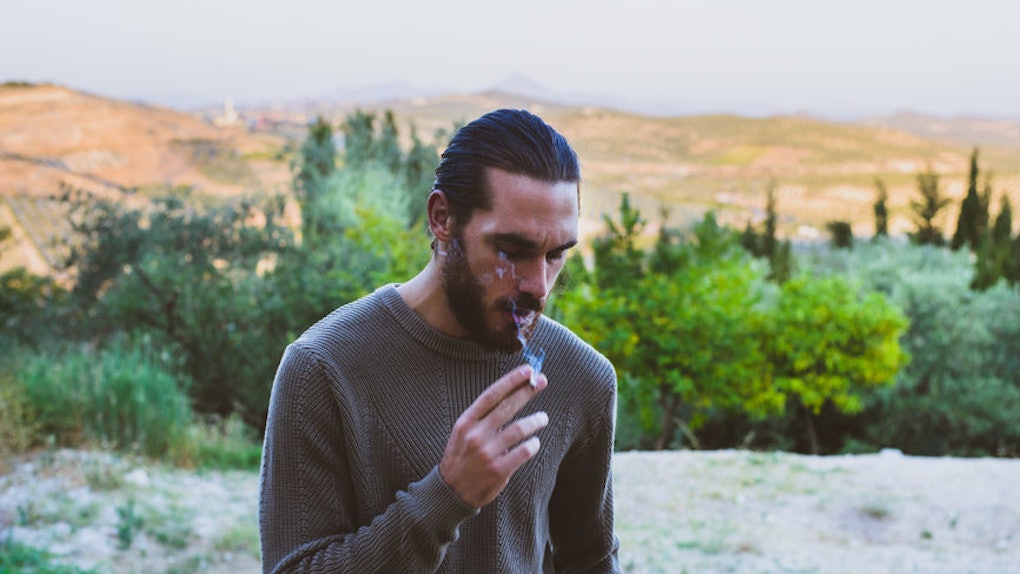 Put Down That Joint: Smoking Weed Might Be Lowering Your Sperm Count

The last thing stoners need is another thing to get super paranoid about.

According to a recent study done by University of Copenhagen researchers, smoking marijuana more than once a week could lead to lower sperm counts.

The study, which was written up in the American Journal of Epidemiology, involved 1,215 men from Denmark between the ages of 18 and 28 documenting their drug use over a three-month time period and providing sperm samples.

Sperm concentrations -- which apparently are different things than sperm counts somehow -- lowered by 28 percent, on average, in people who claimed to use marijuana more than once a week.

Researchers also found men who smoked marijuana along with doing other drugs were subject to average sperm count losses of 55 percent and sperm concentration reductions of 52 percent.

There isn't a clear reason this happens, but researchers think it has something to do with THC screwing around with important receptors in the testes -- or “receptes” as I call them.

Marijuana alone may not be the only culprit responsible for lowered sperm counts.

Live Science reports Tina Kold Jensen, one of the authors of the study, clarified,

We cannot exclude the possibility that the men who used marijuana generally have an unhealthier lifestyle and health behavior, which may also affect their semen quality and hormone levels.

The authors also reportedly mentioned users who claimed to smoke marijuana more than once a week were also more likely to smoke cigarettes or drink, which may also have something to do with the reduced sperm counts.