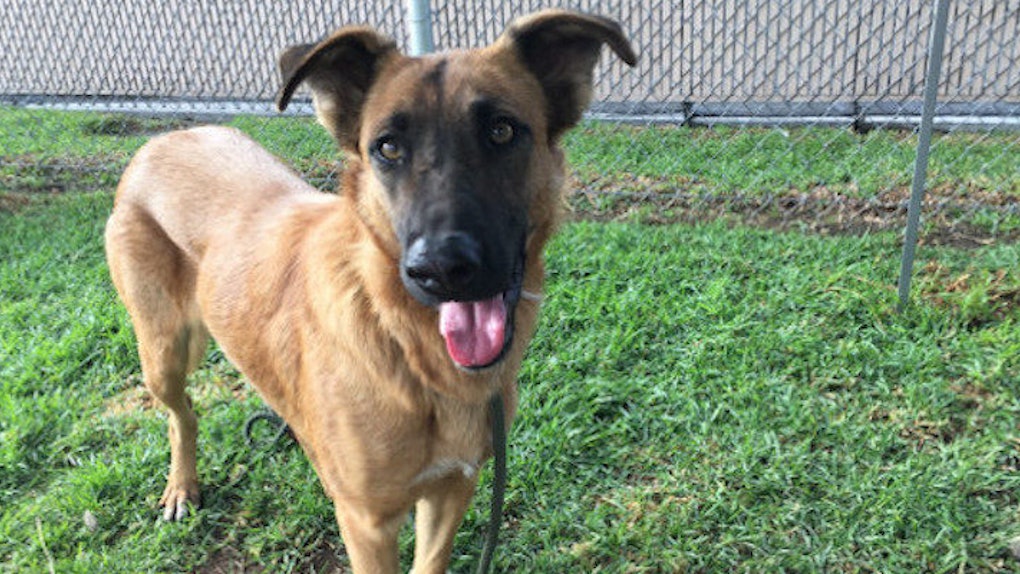 Shelter Dog's Reaction When Her Family Comes For New Dog

There's a reason why dogs are considered man's best friend.

Pups are pure, loyal creatures who spread happiness and joy wherever they go.

However, there are some people out there who clearly don't appreciate the value of a furry BFF.

After Zuzu's dad passed away, this pup was having a pretty rough time coping with the loss of her canine companion.

But instead of being there for Zuzu, her a-hole owners decided she wasn't worth the trouble.

Apparently, Zuzu had been acting out after the passing of her doggy dad, and after jumping into her neighbor's garden one day, she was taken to a shelter as a stray.

If hearing that this dog was ditched by her family is enough to make you cry, you might want to grab a box of tissues because what we're about to tell you will seriously bring on the water works.

After spending some time at the shelter, Zuzu was starting to return to her normal, happy state, and the staff at Downey Animal Care Center even said that Zuzu was a "beautiful and loving" dog.

That is, until the day her former owners showed up at the shelter.

Zuzu was understandably psyched to see her long-lost family, and ran over to the fence to greet them with a wagging tail and some barks of sheer excitement.

But as her heartless owners walked past her with so little as a glance, Zuzu quickly realized that her owners weren't there to take her home.

These people were at the shelter to adopt another dog.

The whole incredibly sad scene was captured on video, and I have to say, watching this abandoned dog see her family adopt another pup will make you sob uncontrollably.

No really, this might be the most heartbreaking thing I have ever witnessed.

To make a long story short, Zuzu's previous owners basically felt that she wasn't good enough and wanted to find a new, better dog to replace her.

If you ask me, there's a special place in hell for people like this because pets aren't just some sort of gadget you trade in for a updated model every time you get bored.

There is no word yet on whether or not the family was able to take another dog home from the shelter that day.

However, Zuzu was handed over to a rescue group called Shelter Me, which is on a mission to replace her shitty previous owners with a new family ... you know, one that appreciates her worth and values things like LOYALTY.

Citations: The heartbreaking moment an abandoned German Shepherd at a shelter sees her owners and wags her tail in excitement... only for them to ask for a DIFFERENT dog (Daily Mail)