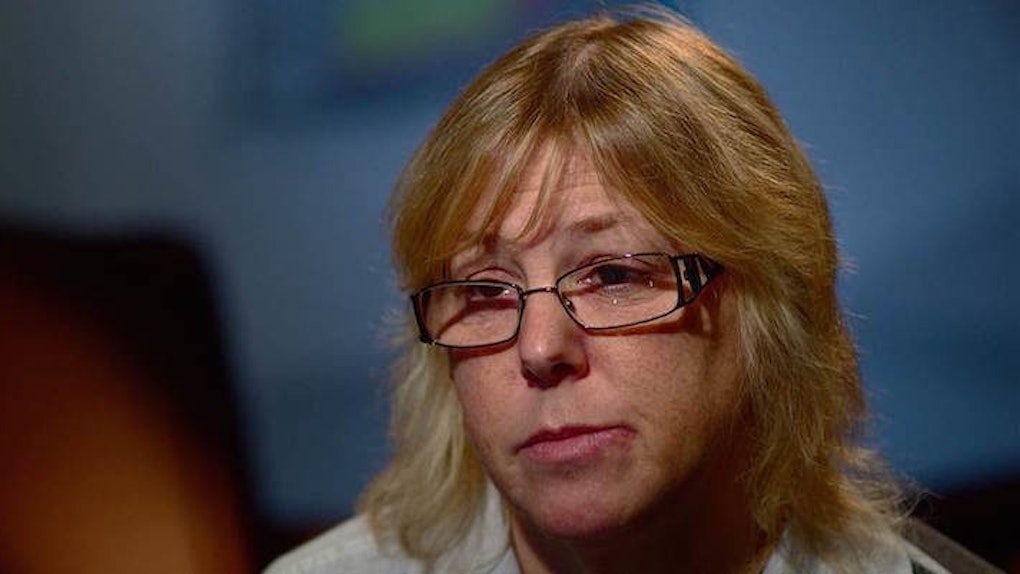 The former prison worker responsible for the escape of two convicted murderers gave her first interview since her arrest.

Joyce Mitchell, 51, admitted to supplying Richard Matt, 49, and David Sweat, 35, with tools they used to break out of Clinton Correctional Facility in Dannemora, New York on June 6.

She recently spoke to Matt Lauer of the "Today" show about what drove her to help the inmates and her alleged romantic relationships with both of them.

In the first part of the interview, Mitchell said she craved the flirtatious advances of the inmates because she was having trouble with her husband, Lyle.

Mitchell, who supervised the prison's tailor shop, previously confessed to having sex with Matt, and a former inmate claimed Mitchell had sex with Sweat up to 100 times.

But Mitchell told Lauer there was "never any actual sexual intercourse" with Matt but he did "grab" and "kiss" her and sexually assault her. When Lauer asked if she had sex with Sweat, she said no.

Matt was fatally shot by authorities on June 26, and Sweat was captured two days later.

Mitchell previously said she was supposed to be their getaway driver but changed her mind at the last minute, largely because the inmates threatened to kill her husband. She told Lauer she is certain the inmates would have killed her had she fulfilled her promise to them.

In the interview, Mitchell said,

I am so sorry for everything that everyone has went through because of me. I never meant for any of this to happen. Never. I would take it all back, if I could. But I can't.

Mitchell struck a plea deal with prosecutors that will put her in jail for up to seven years.

She will be sentenced on September 28 and reportedly must also pay $6,000 in fines.

Citations: Im not the monster that everybody thinks I am Shawshank prison worker tearfully apologizes for helping two inmates escape and says she was praying for them to get caught (Daily Mail)