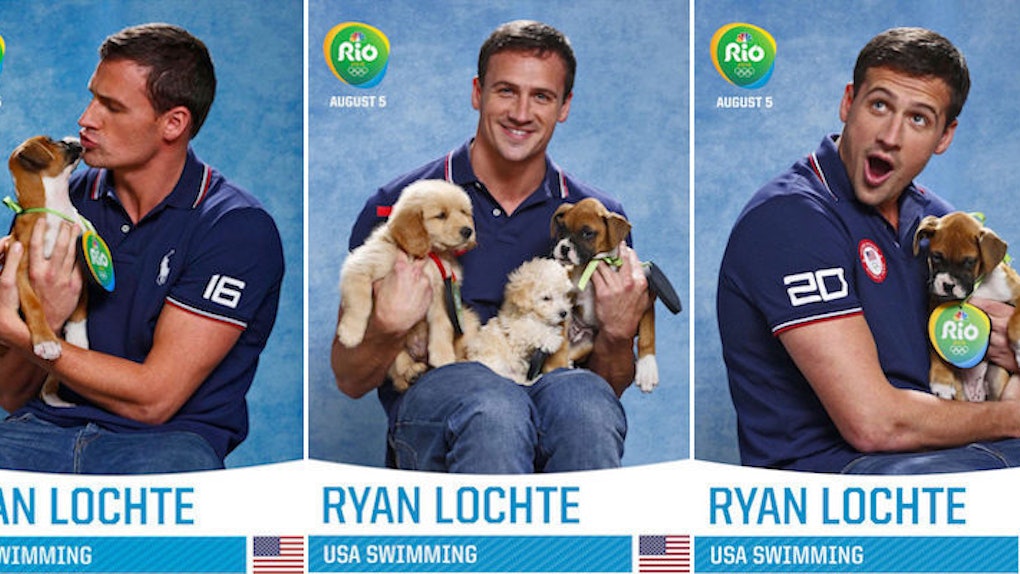 Gold medals? PAH. No one will care about winning the Olympics after seeing these heart-melting photos of Ryan Lochte.

They're the perfect combination of chiseled man meat and adorable fluffball.

It will make you ... feel things. Unexplainable things.

You're definitely not, but here you go:

ENOUGH. These pictures are starting to confuse my sexuality.

The photos were taken as part of the Clear the Shelters campaign, which aims to get permanent homes for puppies in Southern California.

All of the youngsters were between 8 and 10 weeks old.

A lot of them got adopted pretty much immediately after the pictures were released just before the Rio 2016 Olympics opening ceremony.

And one of the puppies, a Maltese-Shitzu mix named Gibson, went home with US Olympic gymnast Ally Raisman.

But back to the real story in hand: Ryan Lochte.

We want to know what the deal is with his love life. First he's telling us he's on Tinder, next we see him galavanting around with some Playboy model.

Kayla Rae Reid, 25, may have taken the Olympic swimmer off the market when he posted a Snapchat of her spending time with him and his parents in Brazil.

Mom and Dad — you know what that means. Things must be serious.

Here's the happy scene you can no longer be a part of: