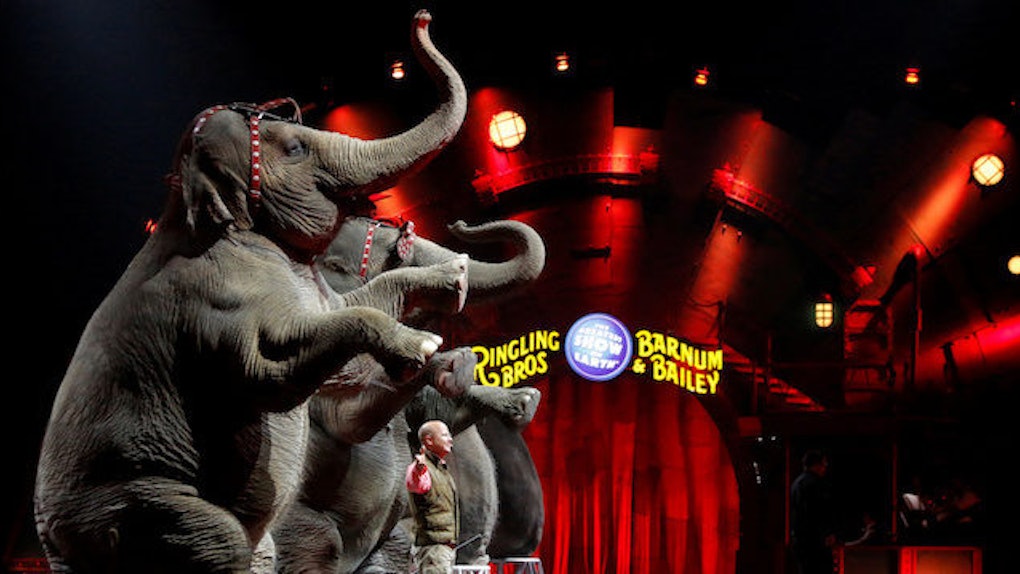 Ringling Bros. Closes Its Curtains This May

After 146 years of entertaining families across the country, "The Greatest Show On Earth" will close its curtains this May.

Animals, oddities and silly costumes were staples of the Ringling Bros. and Barnum & Bailey Circus and beloved by children everywhere. But now, the family-friendly event that seemed to be a go-to for generation after generation has only a handful of performances left.

The company sent out a tweet on January 14 detailing its final schedules. Performers were notified of the news after their shows in Miami and Orlando.

CEO Kenneth Feld of Feld Entertainment also released a statement about the news:

The circus and its people have continually been a source of inspiration and joy to my family and me, which is why this was such a tough business decision to make. We are extremely grateful to the millions of families who have made Ringling Bros. part of their lives for generations.

According to the Huffington Post, the show's fate was determined by high operating costs, declining attendance and an uphill battle with animal rights activists. In response to complaints, the circus's iconic elephants were moved to a conservation farm in Florida just last year.

Feld also believed that time was working against the company. He said,

It's a different model that we can't see how it works in today's world to justify and maintain an affordable ticket price. So you've got all these things working against it.

Though the circus won't be around for much longer, Feld Entertainment will continue to put on Monster Jam, Disney on Ice and Marvel Live. Huffington Post claims the company will try to place some of the circus workers in these various shows.

There are still 30 chances to catch the circus — in Atlanta, Philadelphia, Washington DC, Brooklyn and more. The final two shows will be May 9 in Providence, Rhode Island, and May 21 in Uniondale, New York.

Enjoy the clowns, costumes and trapeze stunts one final time before they're gone forever.