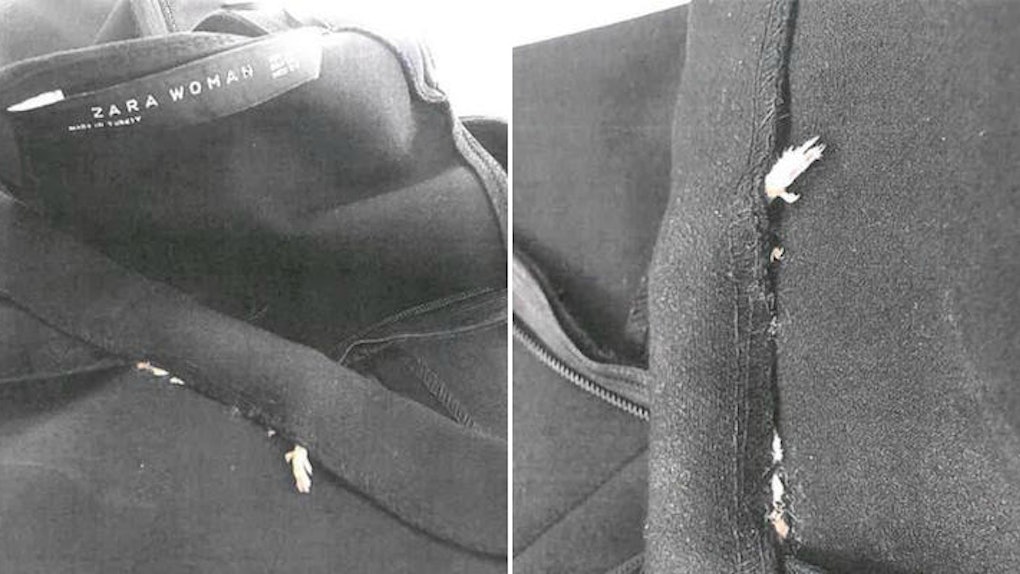 Well, here's something you don't hear every day (thank goodness).

While the internet was elated over the sight of Pizza Rat last year, one woman was the complete opposite when she actually discovered a rat sewn into a dress she purchased at Zara.

We reported earlier about how this rat-infested dress made the rounds on Reddit, but more details are finally emerging.

The woman is now suing the Spanish retailer after making the alarming discovering one day while she was at work.

According to the New York Daily News, Cailey Fiesel had purchased two dresses from Zara in Greenwich, Connecticut.

After buying the dresses she hung them up in her closet. However, the 24-year-old woman soon decided to wear one of the dresses to work back in August, not knowing there was a literal RAT sewn into the hem of the dress.

In the report, the Manhattan Supreme Court lawsuit reads,

While at work, she started to notice a disturbingly pungent odor and was unable to identify the source. Despite getting up from her desk and walking around, she was unable to escape this odor.

Well, THAT couldn't have been pleasant... I'd sue, too! Just imagine walking around all day reeking of dead rat smell, not even knowing it's coming from YOU. And if you smell it, everyone else does, too.

That qualifies as defamation of character to me! The lawsuit goes on to say,

Man, she touched it?! That had to have been traumatizing. What the fucking fuck, Zara?!

I don't know about you, but the only leg I want rubbing against mine is my wife's leg. Other than that, NOPE... And I definitely don't want a rat's leg. Do you even know where that thing's been?

No, thanks! The lawsuit continues,

Ms. Fiesel jumped out of her chair in shock, people surrounded her desk to see what the commotion was while Ms. Fiesel was paralyzed with fear, she then ran to remove the dress. After removing the dress she found that a dead rodent was sewn into the hem of the dress.

Fiesel's lawyer Adam Deutsch claims the incident was the result of a "lack of oversight" on Zara's part,

It's disturbing. It clearly comes from a lack of oversight in terms of what they're putting on their shelves. As a result of Zara's negligence in manufacturing and selling a dress to Ms. Fiesel with a dead rodent inside, Ms. Fiesel has sustained significant personal injuries and emotional distress. She formed a large rash that was diagnosed as a rodent-born disease.

Zara has responded to the lawsuit saying that the company is "aware of the suit" and that they are "investigating the matter further." As they should. Since when is it normal to accessorize fast fashion with rodents?