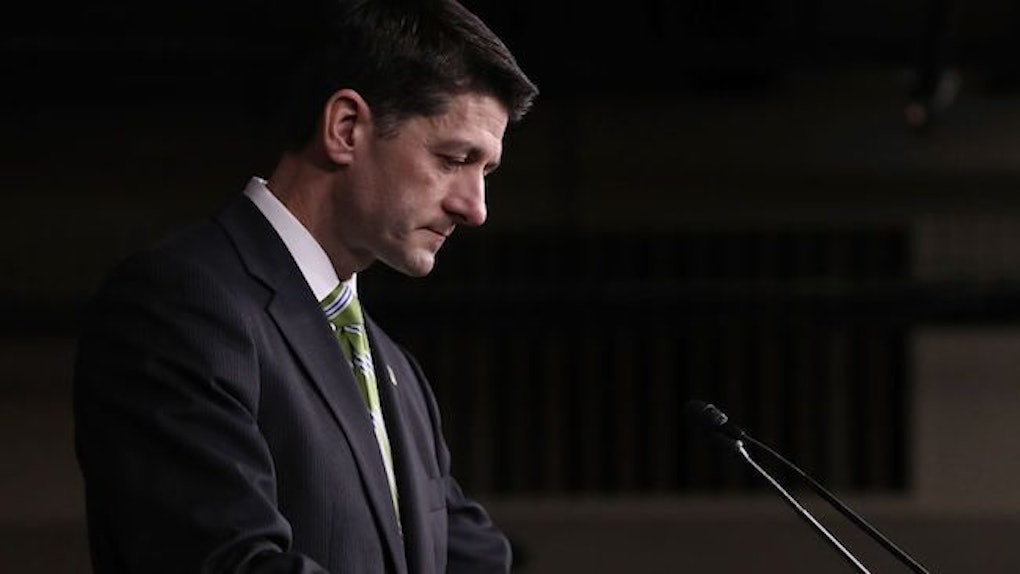 Following the initial failure of the GOP to replace Obamacare, the House will vote again today, May 4, 2017, on the GOP's latest amendment to the proposed American Health Care Act.

Update: On Thursday, the House of Representatives passed the American Health Care Act and it will now go to the Senate.

Things like postpartum depression, cesarean sections, surviving domestic violence and, yes, even rape, are all grounds for coverage denial under this latest AHCA change.

Coverage for mammograms and gynecological services could also be denied under this new plan.

Though it's clear a majority of these conditions listed are gender-specific conditions, the amendment itself denies any sort of gender-based discrimination. It reads,

The amendment also claims it won't "limit access to health coverage for individuals with pre-existing conditions."

Horvath-Cospar also says in a statement,

President Trump has spent his first 100 days in office attacking our nation's health care. This new proposed ACA repeal bill has the same dangerous ingredients as the reckless bill that failed in Congress a month ago in the wake of vocal, widespread opposition from patients across the county. It will still put comprehensive reproductive health care out of reach for millions of women, especially low-income women, by attacking Medicaid, Planned Parenthood, and abortion coverage. On top of that, this new bill goes further by allowing states to opt out of providing protections for patients with pre-existing conditions, making premiums impossibly out of reach for these patients. It's reprehensible that any of our elected officials would vote to reduce Americans' health care coverage, and it's just bad leadership to keep trying to pass such flawed bills.

In terms of rape and sexual assault, conditions which were originally protected under Obamacare, insurance companies can now deny coverage for the physical and mental care needed following an assault.

According to Gina Scaramella of the Boston Area Rape Crisis Center,

An adult survivor of childhood sexual abuse is at a higher risk for psychiatric disorders. Women and men who have survived rape as adults are at higher risk of post-traumatic stress disorder, depression, anxiety, and substance abuse — any of which can significantly interfere with daily living.

These latest changes to the AHCA aren't the only female-centric targets of the Trump administration's approach to women's health care.

One major part of the GOP's plan is to cut federal funding to Planned Parenthood for a year, meaning tons of women everywhere could potentially lose access to birth control, condoms, sex education and IUDs.

President Trump and Congressional Republicans have shown once again their commitment to punishing and burdening women with every step they take. When they undermine and take away the healthcare we need as women, they're clearly saying that women and our ability to plan and care for our families are not their priority. Giving money to their rich friends is. That is where they are so out of step with those they claim to represent. Americans did not vote to have their healthcare taken away or to have their access to birth control cut off—the popularity of the Affordable Care Act proves that. Millions have marched in the streets, called their representatives, and protested at town halls to protect women's access to healthcare, and our 1.2 million member-activists will keep rising up in protest and demanding their leaders expand women's freedom and equality.

As of Wednesday, May 3, The New York Times reported that House majority leader, California State Representative Kevin McCarthy, is confident the House has enough votes for the bill to pass.

If approved, the new AHCA would then force those living with the pre-existing conditions mentioned to pay incredibly high insurance premiums to seek treatment.

This post has been updated from its original version.