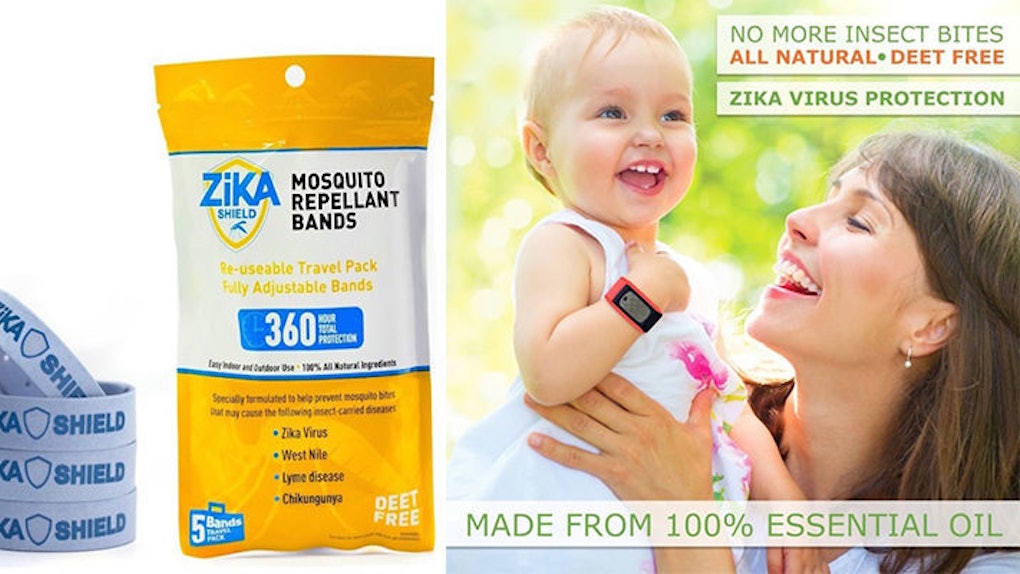 It's official, the Zika virus has been found in mosquitos in parts of Florida.

The Zika virus has the potential to become a serious global pandemic -- and considering the fact the Olympic games are being held in Rio, one of the places where the Zika virus is thriving most, we should be preparing ourselves to see the virus spread all over the globe.

What makes Zika especially dangerous is 80 percent of Zika cases have no symptoms — meaning people attending the Olympics could take it back home with them and have no idea.

The virus has been officially declared a Public Health Emergency of International Concern by the World Health Organization.

And knowing everything I just said, most people's first reaction is, "How do I not get Zika?" Well, a lot of companies have decided a potential epidemic is a perfect opportunity to sell their anti-Zika products -- even if their products aren't actually effective in protecting against the virus.

The products "simply don't work," Schneiderman said at a press conference on Wednesday, adding the worst part of it all was many of these reprehensible products targeted children.

Although "Made from 100 [percent] essential oil" sounds like it's written in English, it's actually written in Bullshitanese, but don't worry, I have a translator on hand to help. Actual English meaning: "We care a lot more about your money than about your baby."

As BuzzFeed reports, six of the seven companies listed by the attorney general have stopped selling the controversial products. The seventh has yet to respond to the cease and desist.