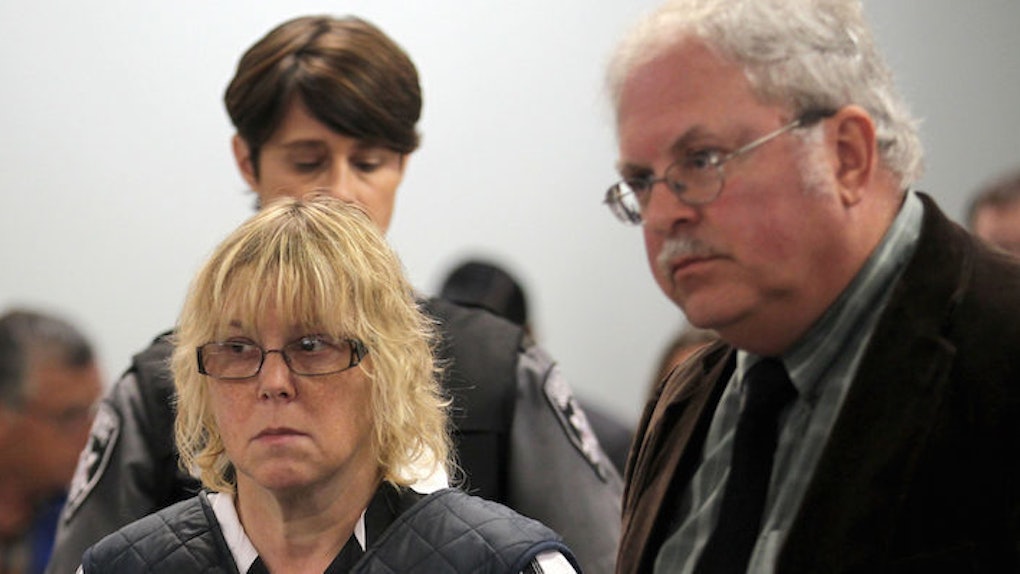 A former prison worker who assisted the escape of two convicted murderers was sentenced to two and one-third to seven years in prison.

According to the Associated Press, Joyce Mitchell, a former instructor of the tailor shop of Clinton Correction Facility in Dannemora, New York, was sentenced on Monday.

The 51-year-old struck a plea deal with prosecutors over the summer requiring her to plead guilty to supplying Richard Matt, 49, and David Sweat, 35, with numerous tools to tunnel out of the prison on June 6.

Matt was shot dead by a border agent on June 26, and Sweat was captured two days later.

Mitchell told the court she only helped the pair escape to spare her family from harm. She previously admitted to backing out of being the inmates' getaway driver at the last minute because she was convinced they would kill her and her husband, according to NBC News.

As she was sentenced, a sobbing Mitchell reportedly said,

If I could take it all back, I would... I live with regret every day and will for the rest of my life.

Earlier this month, Mitchell told "Today" the inmates were able to take advantage of her kindness because she was questioning her relationship with her husband at the time.

By taking the plea deal, Mitchell is saved from charges against her relating to a plot to kill her husband and sexual contact with the inmates, which she denied having, NBC News reports.

She may also be liable for the cost of fixing the cell walls the inmates cut through. Mitchell's lawyer, however, does not agree with the $120,000 prosecutors are seeking in restitution and believes his client isn't solely to blame for their escapes.

That sum will reportedly be discussed at an upcoming court hearing.