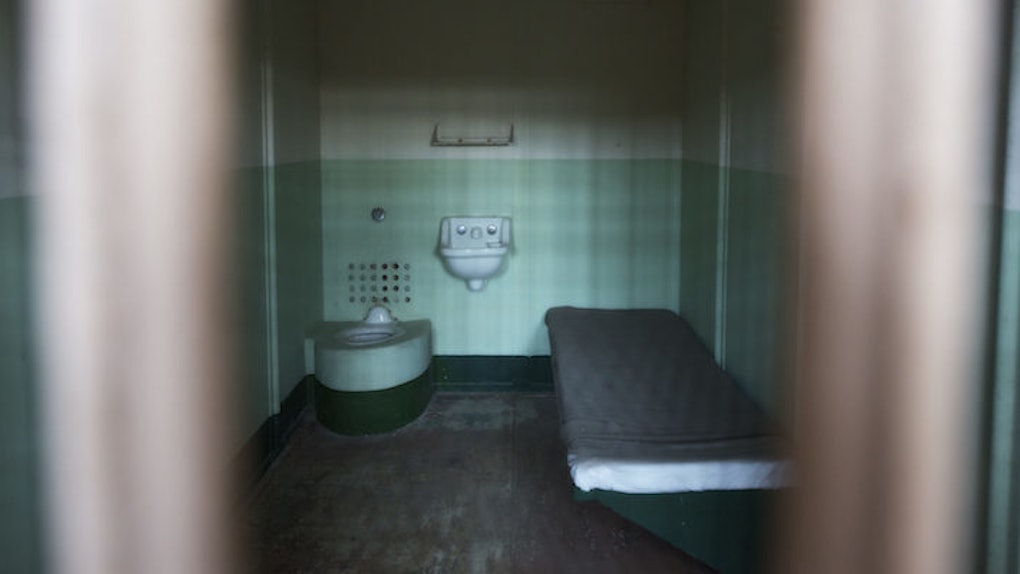 An inmate of a British prison was hospitalized after reportedly cutting off his own penis.

The Telegraph reports the inmate, said to be in his 40s, mutilated himself with an unknown item at HM Prison YOI in Bristol on September 25 before attempting to flush the penis down the toilet. It isn't clear why the inmate wasn't able to flush the organ.

He was slipping out of consciousness when prison wardens found him covered in blood around 10 am.

Paramedics tried to stop the bleeding and took the inmate to Southmead Hospital. He underwent treatment, but his condition is currently unknown.

The category-B prison reportedly saw an inmate attempt the same injury in November 2007. The man used a razor given to him by the prison, which houses most of its inmates for less than a year, according to The Telegraph.

Juliet Lyon, the director of the Prison Reform Trust, suggested both incidents may be attributed to an insufficient amount of staff members.

The Trust is concerned about rising levels of violence and self-harm incidents across the prison estates and the drastic reductions in the number of staff. Prisons hold a number of people with complex needs, some of whom could be diverted at police stations or courts into the treatment they need. For those who have to be in custody, I think more could be done for them.

Other factors may be what a report from the HM Inspectorate of Prisons called "significant limitations" on resources for prisoners with mental health issues, The Telegraph reports.

That report, published in February, found mental illness may be affecting over a quarter of HM Prison FOI inmates.

Citations: Bristol prison inmate cuts off his own penis and tries to flush it down a toilet (The Telegraph)