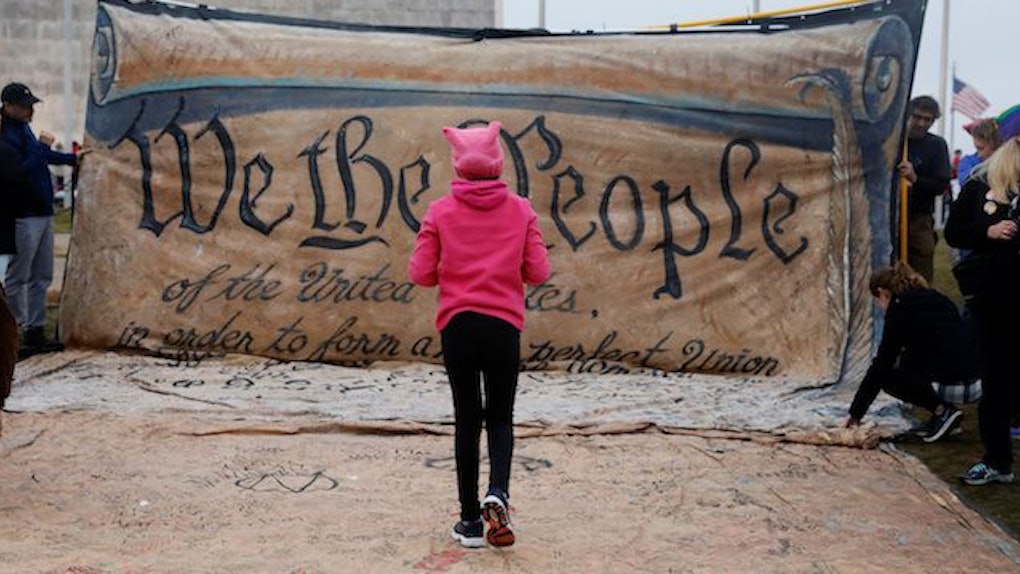 I was shocked to see Donald Trump pop up on my newsfeed in the form of anything other than a retweet from someone I follow.

It seems taking over the @POTUS Twitter handle is the final straw that secures we are officially living in an alternate reality. There's no denying it anymore: Trump is president.

If you want to continue to keep up with Barack Obama, you'll have to follow him over at @BarackObama, but in the meantime, people are taking a stand against President Trump by hitting unfollow, and spending a few moments to focus on a change maker they'd like to connect with instead.

A feminist newsletter called Signal Boost called on women to unfollow Trump with the hashtag #MuteMonday. By "muting" Trump from their feeds, people can focus on getting involved with a local congressperson or senator.

And, since as we know from this week Trump is heavily obsessed with numbers (factual ones, or otherwise), a plummet in followers is bound to grab his attention.

Kierra Johnson is the director of Urge.org, which stands for unite for reproductive and gender equality.

A lot of people, including Lena Dunham, suggested Kamala Harris as a follow.

Kamala Harris is a senator in California, and vocal advocate about women's rights, LGBTQ+ rights and rights for immigrant families, to name a few. She is of Indian and Jamaican descent.

Since her infamous 2013 filibuster and run for Texas governor, Davis has since launched Deeds Not Words, a program aimed to get young women involved with their communities and connect them to volunteer/change opportunities.

You can sign up for the Deeds Not Words newsletter here, and get involved.

If Saturdays women's marches taught us anything, it's that we're stronger together. Don't let one successful march convince you the majority is on your side. Stay committed to the fight and share your support with others.