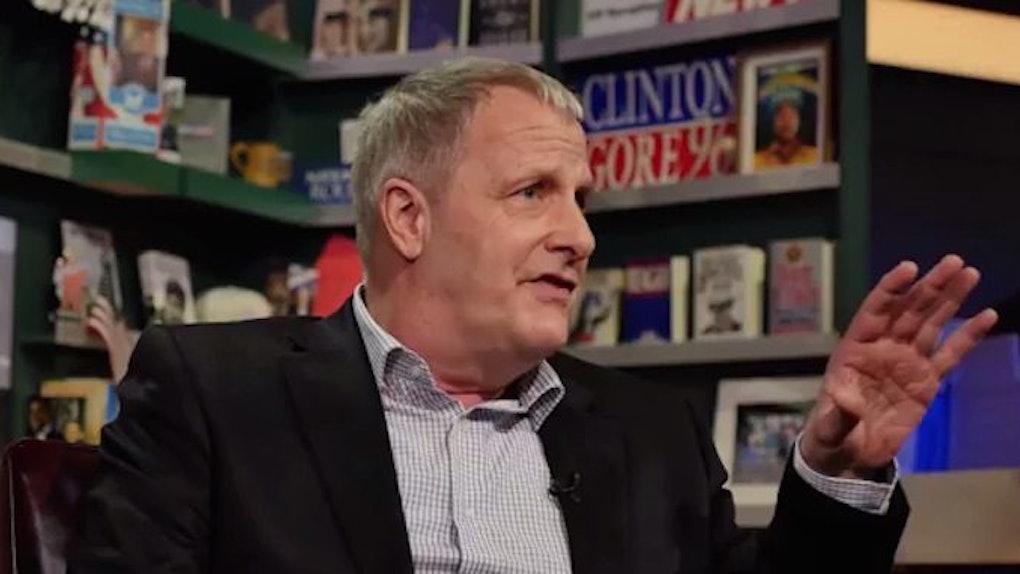 Jeff Daniels just went totally "Will McAvoy" on Donald Trump and Hillary Clinton's presidential campaigns, and it was glorious.

Collaborating with Bloomberg's Matt Negrin and Griffin Hammond, the actor reprised his role as the tenacious news anchor from "The Newsroom," offering a fresh rendition of the infamous "America is not the greatest country in the world" speech McAvoy gave in the first episode.

In this case, McAvoy (Daniels) explained why Trump is not the "best-case scenario" for Clinton in terms of having an easy opponent to defeat in a general election, given there's a lot of evidence her candidacy isn't really what the country wants either.

While acknowledging Trump is a "fact-bending loose cannon who alienates mainstream voters with everything he says," McAvoy also highlighted how unpopular Clinton is with many voters, including a large number of Democrats.

He also dismissed the notion it would be groundbreaking for the US to elect a woman, given many countries have already beat America to the punch in that regard. Indeed, the US is way behind the times when it comes to female leadership.

McAvoy did give credit to Clinton for doing better than Trump in some areas, such as with Millennials, but also noted that this demographic doesn't really vote. When you look at the fact this generation only comprised 13 percent of the electorate during the 2014 midterms, it's hard to disagree.

It's kind of sad we've come to a point where the media isn't providing insightful and illuminating election coverage, and we have to rely on a fictional TV character to give us a much-needed dose of reality.

Watch the full speech above. If you haven't seen the original monologue that inspired this rant on Trump and Clinton, you can (and should) check it out by clicking here.