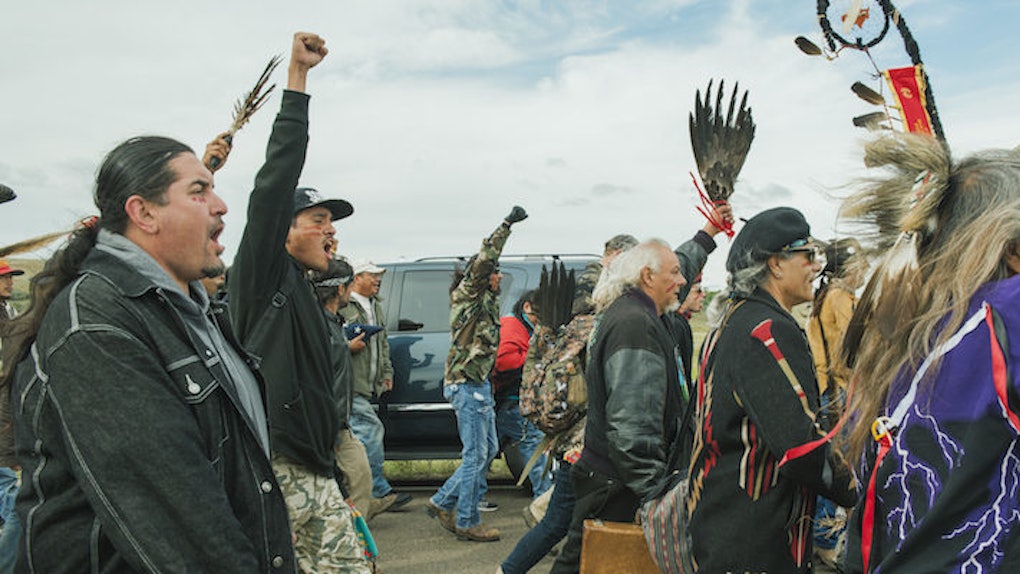 On Friday, a federal judge decided to deny the Standing Rock Sioux Tribe's attempt to halt the construction of the controversial Dakota Access oil pipeline, which would transfer crude oil from North Dakota to Illinois.

But the US government ultimately stepped in and issued a statement that said it would temporarily halt construction of a section of the pipeline.

We appreciate the District Court's opinion on the U.S. Army Corps of Engineers' compliance with the National Historic Preservation Act. However, important issues raised by the Standing Rock Sioux Tribe and other tribal nations and their members regarding the Dakota Access pipeline specifically, and pipeline-related decision-making generally, remain... The Army will not authorize constructing the Dakota Access pipeline on Corps land bordering or under Lake Oahe until it can determine whether it will need to reconsider any of its previous decisions regarding the Lake Oahe site under the National Environmental Policy Act (NEPA) or other federal laws. Therefore, construction of the pipeline on Army Corps land bordering or under Lake Oahe will not go forward at this time. The Army will move expeditiously to make this determination, as everyone involved — including the pipeline company and its workers — deserves a clear and timely resolution. In the interim, we request that the pipeline company voluntarily pause all construction activity within 20 miles east or west of Lake Oahe.

The Standing Rock Sioux Tribe has asserted the proposed $3.7 billion pipeline would threaten its land, culture, history and economy.

Moreover, given the pipeline would run under Lake Oahe, located near the tribe's reservation, tribe members were also deeply concerned an oil spill would potentially contaminate their drinking water supply.

There have been ongoing protests against the pipeline, which recently turned violent when security guards working for the company building the pipeline attacked Native American protestors with dogs.

As we now know, the judge ruled against the Standing Rock Sioux Tribe, which then prompted the US government to intervene and temporarily halt the pipeline's construction.

While it didn't initially say much on this subject, it now appears the Obama administration feels the concerns of the Standing Rock Sioux Tribe must be taken seriously.

In a country with a long history of oppressing and neglecting indigenous peoples, this is definitely a victory for Native Americans.