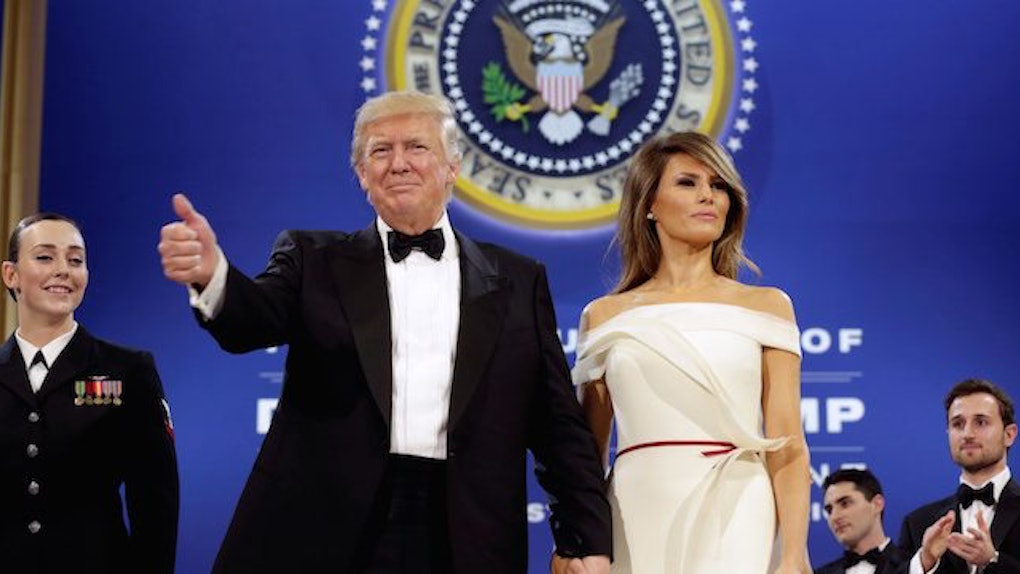 It's no secret Donald Trump has been making a lot of "unpresidented" mistakes lately. Spelling mistakes, to be exact.

First, Donald Trump took some serious heat after misspelling Phyllis Schlafly's name in a tweet that paid tribute to the late conservative leader.

Now, Trump is finding himself in the middle of yet another Grammargate scandal.

The Library of Congress just released Donald Trump's official inauguration portrait and there appears to be a pretty embarrassing typo in it.

If you take a look at the quote superimposed on the portrait, you'll realize the president and his fellow federal departments aren't "to" good at catching spelling errors these days.

The president's inspiring quote should have read, "No dream is too big, no challenge is too great. Nothing we want for the future is beyond our reach."

However, there is an "o" missing in the word "too" that appears in the second line.

Yeah, and you thought his atrocious misspellings on Twitter were pretty awful.

If that's not enough to make you cringe, the 8-by-10-inch prints of President Donald Trump were being sold by the Library of Congress on Shopify for $16.95. Yikes.

It didn't take long for the Trump haters of the Twitterverse to spot the big old spelling mistake and ridicule the president's inauguration portrait.

Shortly after, the Library of Congress deleted the erroneous item from its online store. However, the Shopify listing for President Trump's official inauguration portrait can still be found under the Internet Archive.

The Library of Congress has yet to release a corrected version of the portrait.

Maybe Donald Trump should teach Congress a thing or two about using the "best words" in their online merchandise offerings.

Citations: There was an obvious typo in Trump's official inauguration portrait (Business Insider)