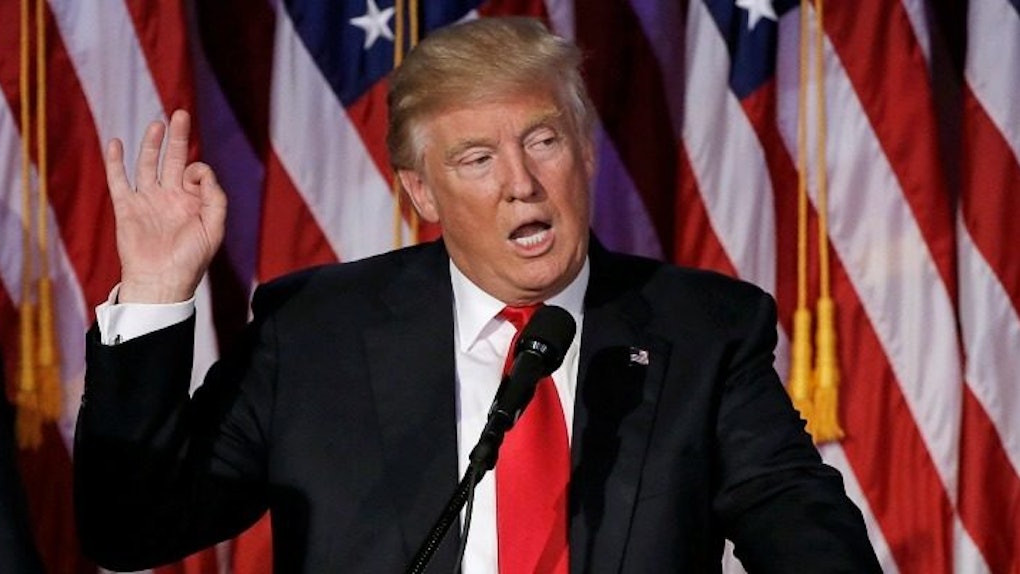 Donald Trump loves to use Twitter to hate on anyone who criticizes him or his friends, but since he became president-elect, he hasn't tweeted once about the disturbing rise in hate crimes across the US.

This says a lot about what we can expect from Trump once he officially becomes president.

If people are afraid right now, they have every right to be.

America's president-elect spends more time feuding with the cast of "Hamilton" on Twitter than speaking out against hate carried out in his name.

Instead of trying to address the hatred and division that's consumed the nation he was elected to lead, Trump is spending his time disregarding our right to freedom of speech.

The Southern Poverty Law Center has counted over 700 incidents of hateful harassment and intimidation since Election Day.

During a recent interview, Trump told people carrying out hate crimes to "stop it," but only after he was prompted to by the interviewer.

Trump also said he was surprised to hear his supporters were harassing people, which is also very concerning.

He will be the president in less than 100 days; shouldn't he know what's going on?

As Trump spent the weekend attacking his various critics in the press and elsewhere, neo-Nazis (the alt-right movement) celebrated his victory at a conference in DC.

The leader of this conference, Richard Spencer, started his speech to those in attendance by shouting,

Spencer was met with cheers and Nazi salutes.

This is what we are dealing with right now, and Trump has barely addressed it.

On Tuesday, November 22, Trump disavowed these neo-Nazis during an interview with the New York Times, but he could still do far more to speak out against hate.

If he truly wants to be a president for all Americans, as he promised, he needs to people know he really has their backs.

Insulting his critics on Twitter is hardly an effective way to accomplish this.