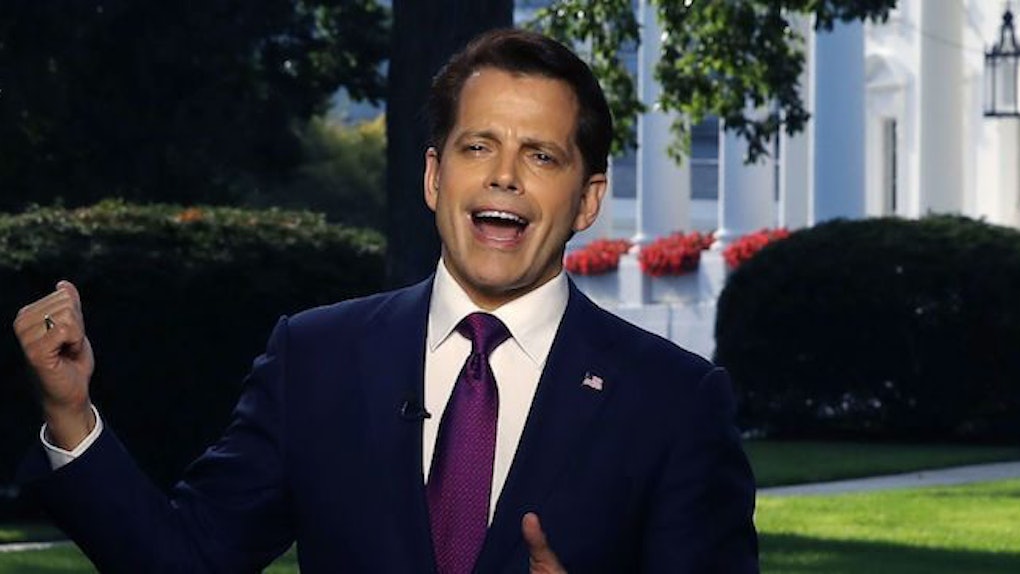 Anthony Scaramucci Says Trump's Not Elite Because He Eats Pizza

President Donald Trump is a billionaire who was born into wealth. But Anthony Scaramucci, Trump's new communications director, wants you to believe the president is a man of the people. However, he doesn't have a very strong argument to support this position.

During an interview with BBC reporter Emily Maitlis, Scaramucci contended Trump isn't "elite" because he eats pizza and cheeseburgers.

Maitlis asked Scaramucci, “What part of Donald Trump is not elite? The business side, the politics side, the inheritance side?”

Scaramucci replied, "Oh my God, there's so many things about the president. How about the cheeseburgers, how about the pizzas that we eat?"

Maitlis, understandably baffled by this response, then said, "Everyone eats cheeseburgers, pizzas, what are you talking about?"

Scaramucci then accused Maitlis of being "a little elitist," so he essentially just pulled an "I know you are but what am I?" on another adult while representing the White House.

Trump arguably epitomizes what it means to be an elitist.

The president is estimated to be worth around $2.9 billion and routinely brags about his wealth.

When he announced he was running for president, Trump made sure to remind everyone about his billions. At the time, he said, "I'm really rich."

The president seems to derive much of his self-esteem from being wealthy and from surrounding himself with other rich people. Trump has the wealthiest cabinet in U.S. history, for example.

During a rally in Iowa in June, the president said he didn't want a "poor person" dealing with economic issues in his administration. In the process, he seemingly implied anyone who's impoverished is too stupid to be of value to him.

Given all this, it's difficult not to roll your eyes at Scaramucci's assertion that Trump is not an elitist because he eats pizza and cheeseburgers. That says a lot more about his diet than it does about his worldview and demeanor.