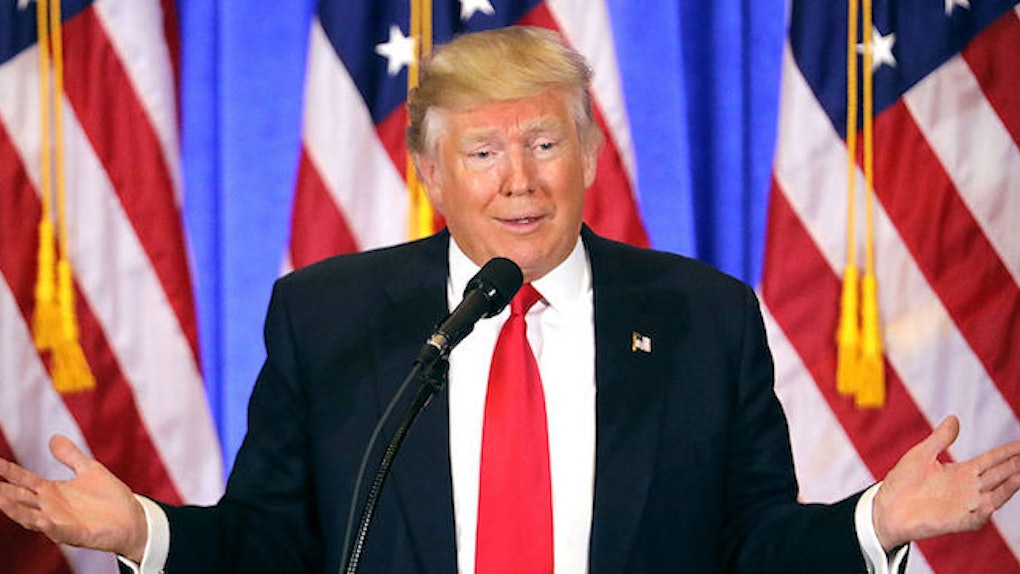 During a rally in Iowa on Wednesday, President Donald Trump said he didn't want a "poor person" addressing economic issues in his administration.

Somebody said why did you appoint a rich person to be in charge of the economy? No it's true. And [Commerce Secretary Wilbur Ross is] a very rich person in charge of commerce. I said: 'Because that's the kind of thinking we want.' ... I love all people, rich or poor, but in those particular positions I just don't want a poor person. Does that make sense?

Trump, who has one of the wealthiest cabinets in history, argued the rich people in his administration would prevent the world from taking "advantage of us."

It's somewhat hard to avoid rolling your eyes at such a statement, given Trump has filled his cabinet with people like Treasury Secretary Steven Mnuchin.

Mnuchin worked at Goldman Sachs for 17 years and profited off of the housing crisis.

He arguably epitomizes what it means to be a wealthy person who's taken advantage of less fortunate Americans.

Trump has painted himself as a man of the people, yet doesn't want "poor" people making decisions in his administration.

Trump essentially just suggested poor people are too stupid to know anything about the economy or bring any valuable input to his administration.

It takes a lot of audacity for a man who benefited immensely from having an extremely wealthy father to more or less imply anyone who's poor is likely there as a product of their own lack of intelligence.

Trump's remarks overlook the myriad factors that contribute to poverty, which often go far beyond a person's level of intelligence or economic savvy.

He seems to believe the only people qualified to address the nation's economic woes are the wealthy, who arguably aren't likely to fully comprehend the struggles of common Americans given their exorbitant lifestyles are drastically different.

What Trump said in Iowa is not only insulting to people who might be considered poor or impoverished, it also doesn't make very much sense.

It's hard to address a problem when you're not consulting the people it's impacting the most.