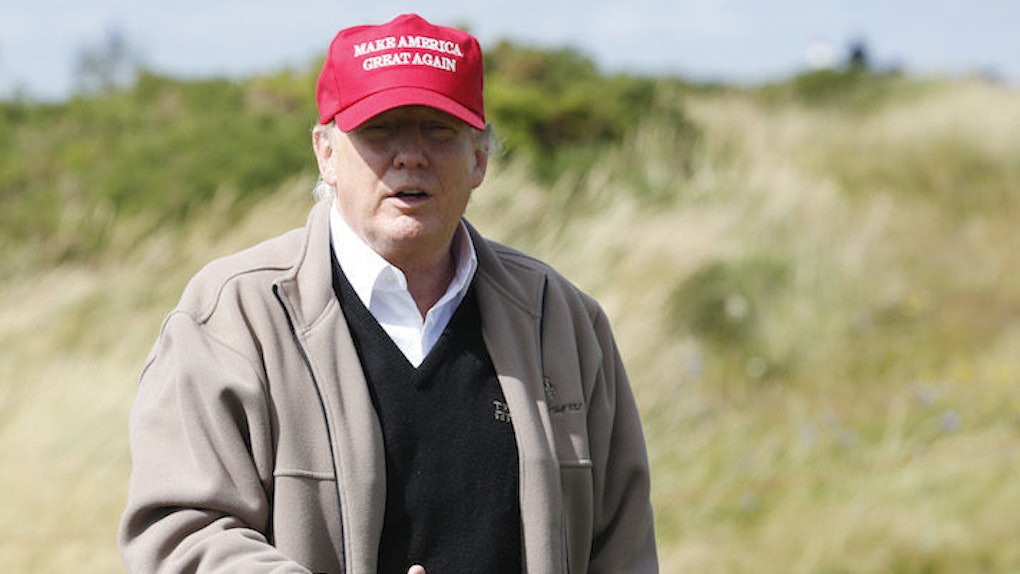 Trump Doesn't Believe In Climate Change, With One Exception

Donald Trump, the presumptive Republican nominee for president, has frequently referred to climate change as "a hoax."

The real estate mogul has argued the concept was invented by the Chinese to hurt US businesses and frequently cites winter weather as proof the science surrounding climate change is "bullshit."

Trump's past statements on climate change are not only at odds with reality, they're also dangerous.

Climate change is real, it's happening and it's a product of human activities -- 97 percent of climate scientists agree on this.

The fact of the matter is, 2015 was the hottest year on record and 2016 is already on track to be even hotter.

Climate change poses a threat to us all, as it brings with it rising sea levels and devastating extreme weather events, among other dangers to human health and safety.

The Pentagon even described climate change as an "urgent and growing threat to our national security" as it contributes to "increased natural disasters, refugee flows, and conflicts over basic resources such as food and water."

Accordingly, we can't afford to ignore this issue, or pretend it's not really happening.

Donald Trump, however, appears to vehemently disagree, with one major exception: If climate change impacts one of his businesses, he's willing to acknowledge it.

The permit application for the wall specifically highlights "global warming and its effects," including rising sea levels and extreme weather, as the primary justification for the project.

This directly contradicts Trump's public stance on climate change, making it difficult to know what he truly believes.

Climate change seems to be fake to Trump when it helps him win over a certain segment of American voters, but it's very real to him when it impacts the success and survival of one of his businesses.

These revelations paint a picture of a man whose personal convictions and public stances shift based on what's good for his businesses. This calls into question whether Trump, who could potentially become president, would make healthy decisions for the country that might not be so good for him personally.