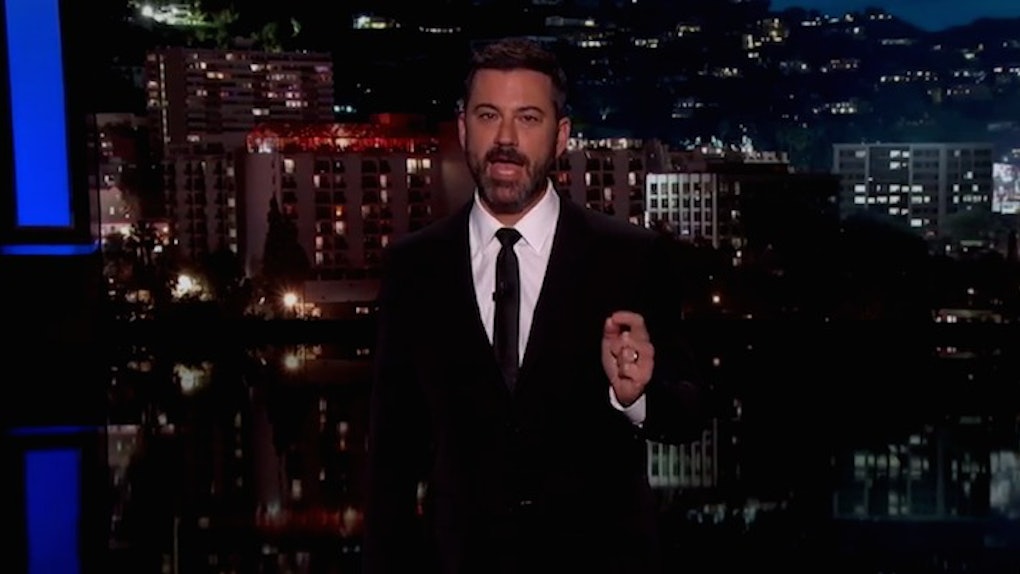 Jimmy Kimmel took some time on his show on Monday night to discuss climate change.

He started by showing clips of Sarah Palin questioning scientists' authority on the issue and wondering why we should trust them.

Kimmel then said the issue is not up for debate when each subsequent year has been the hottest on record. He said,

A huge majority of climate scientists say climate change is happening. They say we're causing it, and we need to do something about it before it has a terrible effect on all of us.

He went into detail with statistics from various science groups that show humans are causing climate change and how destructive it will be in years to come unless we change something.

Kimmel said it's ridiculous for us to dispute something that is science -- not opinion -- coming from experts in the field.

He urged his viewers to put politics aside and just listen to scientists talk for two minutes. He asked us to not think they're all part of some conspiracy, but just smart people looking out for the world.

The two-minute video Kimmel showed had a half-dozen climate scientists talk about what they know. Their analysis on climate change?

Here's the thing: When we tell you all this, we're not f*cking with you.

The other scientists in the video echoed her claim they are for sure not "f*cking" with us when they say climate change can be apocalyptic.

The video ends with a young boy summing it up for us:

You motherf*ckers better not f*ck this up.

It's hard to hear that and not think we really need to step it up and do something to protect our planet.