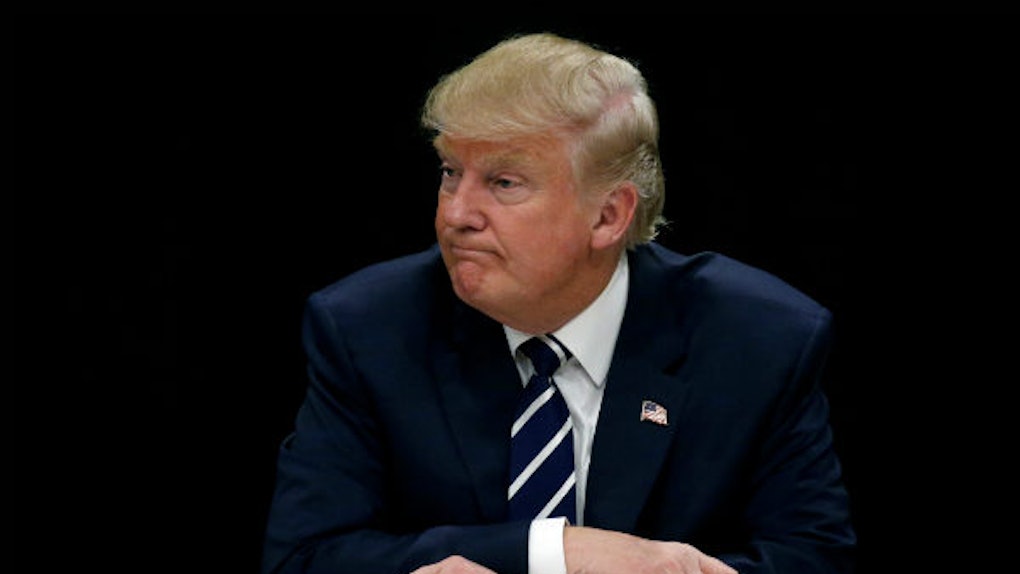 On Friday, a federal judge in Ohio issued a temporary restraining order against the Trump campaign in an effort to prevent voter intimidation.

US District Judge James Gwin in Cleveland ruled that anyone who works for the campaign that engages in intimidation, or harassment either inside, or in the vicinity of polling places will face contempt of court charges, the Washington Post reports.

According to the order, "intimidating conduct" includes,

1. Engaging in any unauthorized 'poll watching' activities inside of polling places, within one hundred feet of polling places ('the buffer zone') or within ten feet of a voter standing in a line extending beyond the buffer zone. 2. Distributing literature and/or stating to individuals... that voter fraud is a crime, or describing the penalties under any Ohio or Federal statute for impermissibly casting a ballot. 3. Gathering or loitering, or otherwise being present without the intention to vote, at polling places. 4. Following, taking photos of, or otherwise recording voters or prospective voters. 5. Questioning voters at Ohio polling places ... under the guise of the purported “exit polling” or “citizen journalist” operations organized and encouraged by Defendants Stone and Stop the Steal.

The decision to issue the restraining order came after the Ohio Democratic Party filed a lawsuit against Trump in the past week, according to The Huffington Post.

In recent weeks, Donald Trump has argued that the election is "rigged."

Trump has also claimed mass voter fraud is a problem in the US.

To borrow Trump's favorite word, these assertions are "WRONG."

The real estate mogul is actively discrediting the democratic process in America and it's dangerous.

Trump has asked his supporters to sign up as "election observers," which is unprecedented and has definitely led to fears of voter intimidation.

Ohio is not the only state where courts are deliberating over what to do about this. A court in Pennsylvania is set to discuss the issue on Monday, ABC News reports.

Meanwhile, a Trump supporter was arrested for voter fraud in Iowa last weekend.

This is not proof that voter fraud a big problem, but that it's not a very intelligent thing to do. It also shows the system works in spite of what the Republican presidential nominee has claimed.

Between 2000 and 2014, there were only 31 known cases of voter impersonation fraud out of one billion votes cast, according to a comprehensive investigation from Loyola Law School.

People are more likely to be struck by lightning than commit voter fraud by impersonation. This is a fact.

So, just to be totally clear: the election is not rigged and mass voter fraud is not a problem in the US.