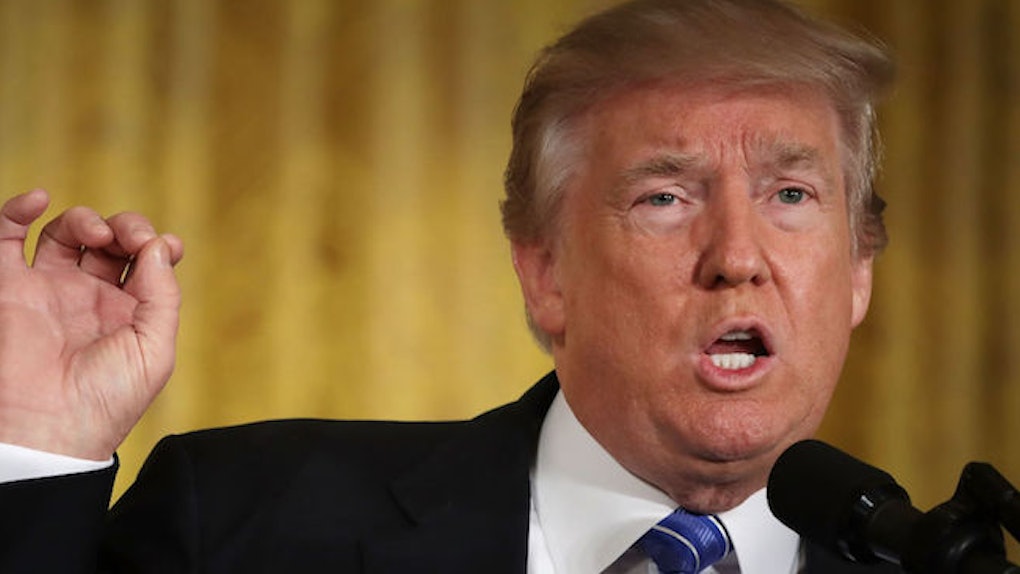 It will make a decision on whether or not the travel ban is lawful in October.

The court decided individuals from these nations without any "bona fide relationship with any person or entity in the United States" will be barred from entering the U.S.

Examples of such relationships include students accepted to U.S. universities and an employee who has accepted a job with a company in the U.S., CNN reports.

If the ban had been revived in its entirety, all people from these nations, regardless of relations or connections in the U.S., would've been impacted.

The ban could go into effect as early as the next 72 hours.

Trump's revised executive order, issued in March, banned travel from the six countries on the list for 90 days and suspended the nation's refugee program for 120 days.

The Trump administration has argued this time is needed to review the government's screening and vetting procedures.

Iraq was originally on the list as well, but was removed in the revised version of the travel ban.

Trump argues the travel ban is about national security, but critics contend it's really about Islamophobia.

In a statement, Trump described Monday's decision in the Supreme Court as a "clear victory for our national security."

I cannot allow people into our country who want to do us harm. I want people who can love the United States and all of its citizens, and who will be hardworking and productive. My number one responsibility as Commander in Chief is to keep the American people safe.

But many questions remain as to whether or not the travel ban actually keeps Americans safe.

During Trump's presidential campaign, he called for banning all Muslim immigration to the United States.

This, among other statements (and tweets), help explain why Trump's travel ban has faced so many legal obstacles.

Many, including the American Civil Liberties Union, view the travel ban as a "Muslim ban" and unconstitutional.

No individuals from the six predominately Muslim nations impacted by the travel ban have ever committed a deadly terror attack in the U.S.

Not to mention, 15 of the 19 hijackers on 9/11 were from Saudi Arabia, but it's not included on the list. The other hijackers were from Egypt, Lebanon, and the United Arab Emirates, which are also not on the list.

While that is tragic and should not be overlooked, that statistic pales it comparison to number killed by gun violence in the U.S. every single year.

In 2016 alone, for example, over 15,000 people were killed by gun violence in the U.S. But you don't see the Trump administration rushing to review gun laws.

It's also worth noting a majority of terrorists in the U.S. are right-wing extremists, not Muslim, according to a recent joint report from the Investigative Fund at the Nation Institute, a nonprofit media centre, and news outlet Reveal from the Center for Investigative Reporting.

Moreover, after Trump's initial travel ban, it was reported jihadist groups were celebrating on social media. They argued the travel ban reinforced their case the West is at war with Islam, a notion that's central to their recruiting efforts.

In short, there are a number of valid constitutional, ethical, and practical concerns surrounding Trump's travel ban.

Those who oppose it are arguably not only on the right side of history, but also on the side of facts and logic.