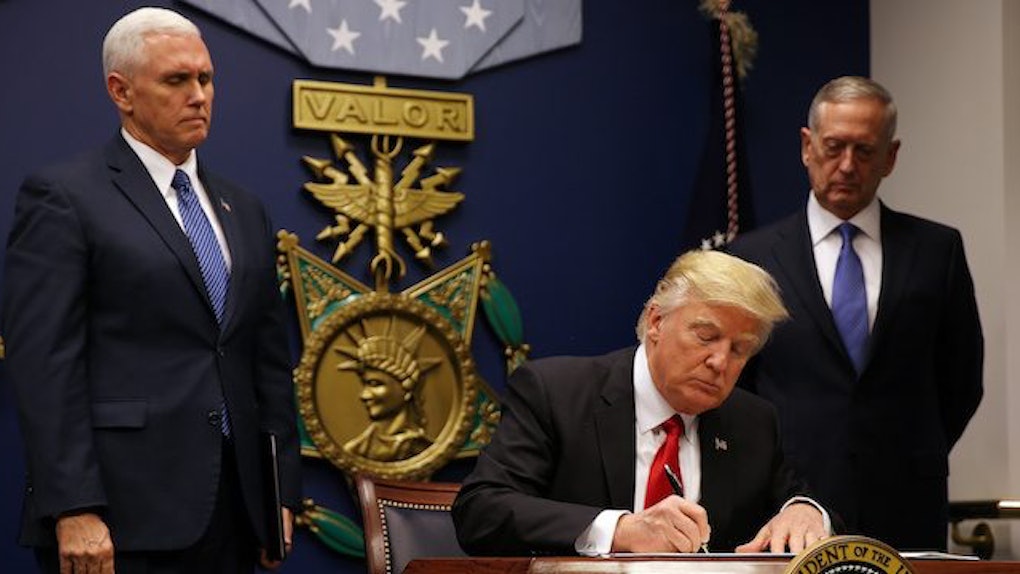 President Trump signed a new travel ban on Monday morning, which offers a few changes from the controversial executive order he issued in late January that was subsequently blocked by federal judges.

The travel ban will not go into effect until March 16 (10 days from now), so lots of people are calling out Trump, thanks to something he tweeted after the original executive order.

Trump defended the hasty implementation of the original travel ban by arguing it was a matter of safety.

Now, however, it's apparently OK for the travel ban to be delayed.

In addition to the delay in implementation, there are a few other changes to the travel ban.

Is the travel ban necessary?

No citizens from these six countries have ever conducted a deadly terror attack in the US, and there are still many questions about the ban's overall necessity and legality.

The ban is not permanent -- it lasts for 90 days. During that time, the administration will analyze how it might enhance vetting procedures.

Moreover, while the original executive order indefinitely barred Syrian refugees from entering the US, they will now be barred for 120 days.

Many still have issues with this travel ban, and some continue to call it a "Muslim ban."

It's not a full ban on all the world's 1.7 billion Muslims, but it does target Muslim-majority nations and it's clear many are interpreting it as a step toward a ban on all Muslim immigration.

Trump's original travel ban was celebrated by jihadist groups, who want Muslims to believe the West is at war with Islam -- it helps them recruit.

So, even in this revised form, it's fair to question whether Trump's travel ban is addressing an imminent problem, or if it's an inherently discriminatory action derived from fear that will not help keep Americans safe.