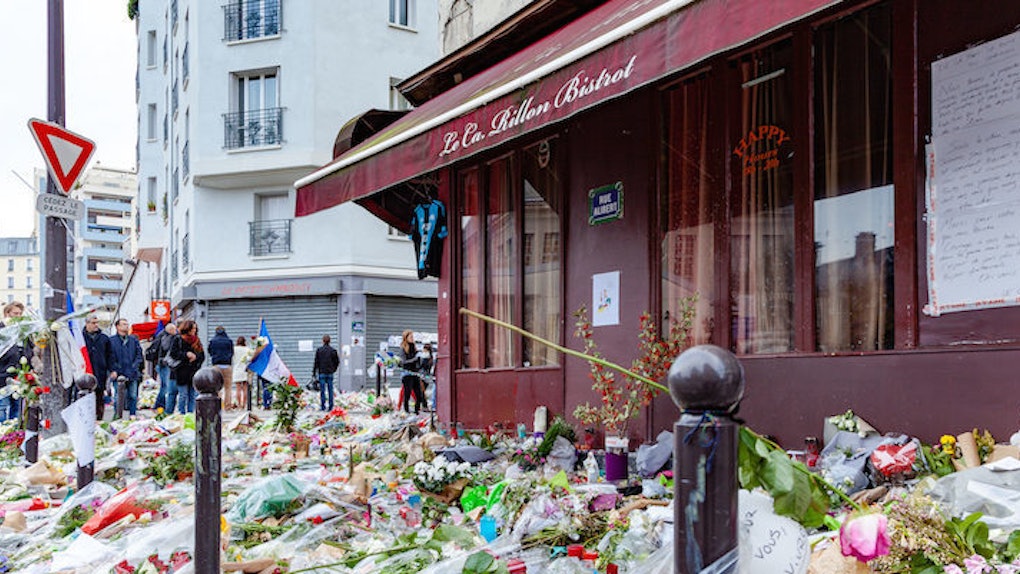 What Makes Using The Term 'Terrorism' Really Complicated For Media

Before the shootings at a Planned Parenthood in Colorado Springs last week and in San Bernardino on Wednesday were even over, people across media and social media were asking the same question: Was this terrorism?

The answer in both tragedies is that it’s complicated.

To begin with, “terrorism” is itself a murky term. “Domestic terrorism” is defined by the FBI. But, as Attorney General Loretta Lynch pointed out after the shooting at a church in Charleston, South Carolina this summer, “there is no specific domestic terrorism statute.”

The term “terrorism” is heavily loaded in our society. We perceive an “act of terror” as something inherently worse than a “shooting,” a “killing” or an “attack.”

Words take on varying amounts of power, and we’ve been trained to see “terrorism” as something that demands counter-action and governmental moves.

We want certain tragedies -- like the Charleston and Colorado Springs shootings -- to be called “terrorism” because we want them to be taken seriously. More than that, we want to see motives taken seriously so changes will be made.

We want to call Dylann Roof a “terrorist” because we want people to see racism as a motivator for horrific violence. Similarly, we want anti-abortion rhetoric seen as an instigator of violence.

The political over legal meaning is in large part why it’s difficult for strict reporting to label an attack as “terrorism.”

As Washington Post reporter Wesley Lowery tweeted after the Planned Parenthood shooting, journalists will hesitate to use the term if an official hasn’t used it first.

According to the FBI, “domestic terrorism” is something that occurs on US soil to put lives in danger with the purpose of influencing civilian action and/or government policy.

The motive to influence action and policy is key here. An attack can be terrifying without being “terrorism.”

In the case of the San Bernardino shooting, as of early Thursday afternoon no motive has been given. On Thursday morning, President Obama made it clear that it could have been domestic terrorism, but it also could very well have been workplace violence.

A person’s religion and ethnicity is not an indicator of terrorism. The American population largely associates “terrorism” with the Middle East, but it should be obvious that not all people of Middle Eastern descent who commit crimes are terrorists.

Middle Eastern people can be deranged shooters just like white men can. To think differently is discriminatory.

The details of the Planned Parenthood shooting were initially unclear.

While people were calling on reporters to call it “terrorism,” early reports varied on where exactly the shooting took place and if Robert Dear, arrested for the shooting, ran into the Planned Parenthood to hide himself or attack it.

Yeah, it sounds totally naive to think that way, but it’s irresponsible journalism to make assumptions.

Think of San Bernardino. Early reports indicated the shooting took place near a Planned Parenthood and that it was in a center serving people with disabilities.

Based on that, it’s easy to assume the shooters were targeting abortion providers or people with disabilities -- but confirmed facts have shown that neither was the case.

Reporting Dear as a suspected “terrorist” is tricky. An unnamed source told the Washington Post that Dear used the phrase “no more baby parts” after his arrest and that the attack was “definitely politically motivated.” But that same article, written in part by Lowery, doesn’t use the term “terrorism.”

Without a named source confirming that the attack was motivated to stop abortions, it’s difficult to make the reporting argument that this was “terrorism.”

You can see the contrast between this shooting and Charleston. Roof had a manifesto and was confirmed to make statements that he wanted to incite a race war. This makes it quite easy to factually identify that shooting as “terrorism.”

Strict reporting necessarily includes vigilance and the patience or search for confirmed facts. This strongly aids the goal of objectivity and responsible news-telling.

Of course there are other ways to convey a message without using a specific term that may ultimately be factually incorrect, and news outlets do this all the time.

Outlets portray shooters and victims in varying ways, often rooted in discriminatory assumptions. But when it comes to labeling an act as “terrorism,” there’s a little more caution.

Commentary, opinion and thinkpieces, on the other hand, have more flexibility. That’s where you’ll see publications calling attackers “terrorists,” as many outlets have done about Robert Dear.