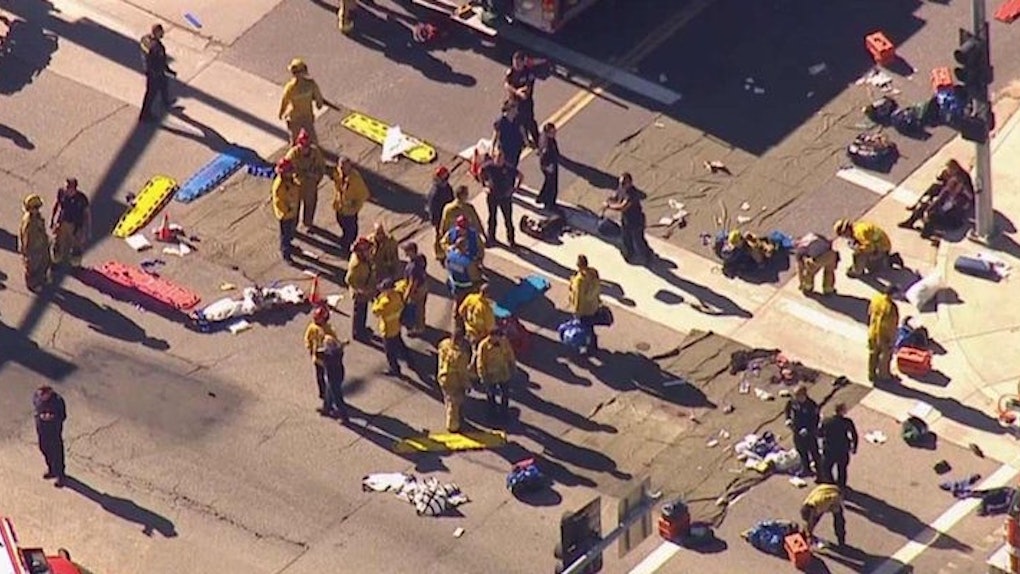 Officials Say There Are At Least 20 Victims In California Shooting

Twenty people have reportedly been shot on the 1300 block of South Waterman Avenue in San Bernardino, California, the LA Times reports.

An active shooter was confirmed, by police, to have remained in the vicinity.

We'll keep you updated as this story develops.

*Editor's note: Certain tweets have been removed in light of new information.