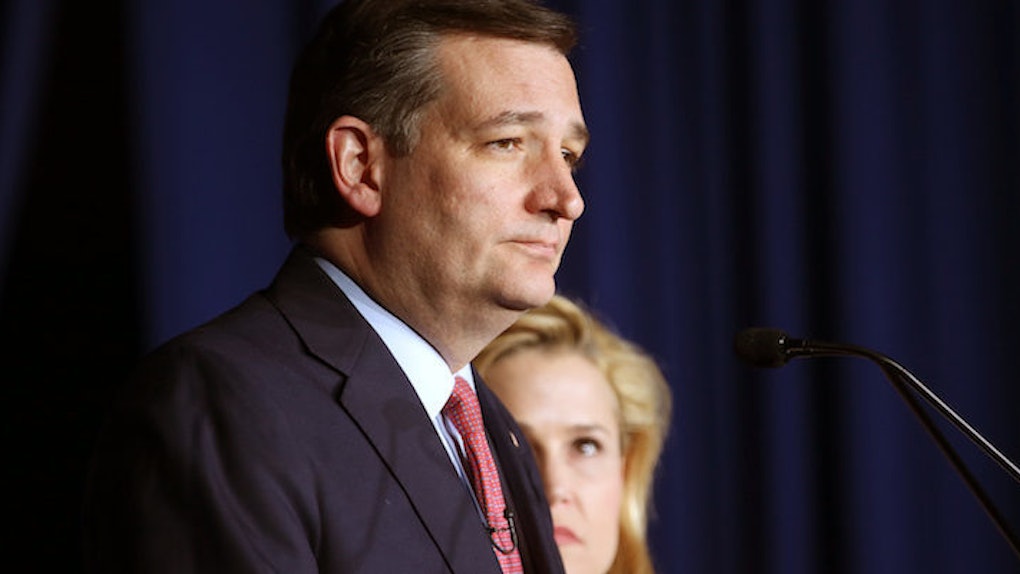 On Tuesday, Republican Ted Cruz officially dropped out of the race for the Republican nomination for president after facing a crushing loss in Indiana's primary. This marks the end of a difficult race for Ted Cruz, who faced scrutiny for making abnormal, sometimes non-sensical campaign decisions.

Cruz dropping out essentially guarantees Donald Trump will be the Republican party's nominee for the November 8 presidential election. In his concession speech, Cruz said,

From the beginning, I've said I would carry on as long as there was a viable path to victory. Tonight, I'm sorry to say, it appears that path has been foreclosed. Together, we left it all on the field in Indiana. We gave it everything we've got. But the voters chose another path. And so, with a heavy heart, but with boundless optimism for the longterm future of our nation, we are suspending our campaign. But hear me now, I am not suspending our fight for liberty.

Feel bad for Cruz? You should feel way, way worse for his wife. Why? Just watch the video above to see.