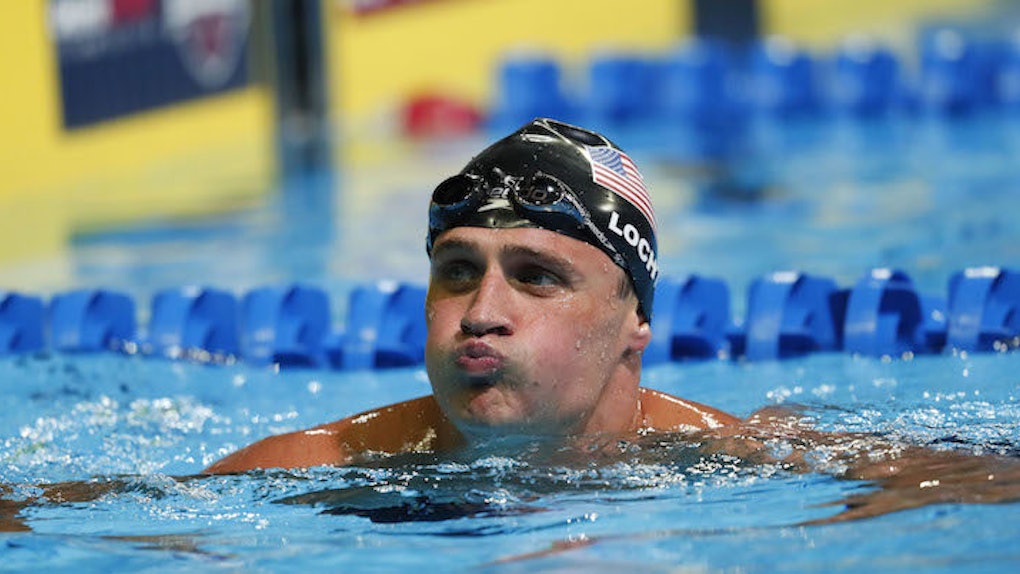 It's been a great 24 hours for terrible, half-believed apologies.

First, Donald Trump made a vague attempt at an apology during a rally on Thursday night. Trump said,

Sometimes, in the heat of debate and speaking on a multitude of issues, you don't choose the right words or you say the wrong thing. I have done that. And believe it or not, I regret it.

This is probably the first time Trump has kind of humbly said he "regrets" anything he has done. But then again, it's not entirely clear what he was apologizing for.

Trump's campaign manager Kellyanne Conway made the specifics no clearer during an appearance on "Good Morning America" on Friday. She said,

He was talking about anyone who feels offended by anything he said.

Cool, so Trump just apologized to basically everybody.

Then, on Friday morning, not-robbed Ryan Lochte made an apology of his own.

It's traumatic to be out late with your friends in a foreign country – with a language barrier – and have a stranger point a gun at you and demand money to let you leave, but regardless of the behavior of anyone else that night, I should have been much more responsible in how I handled myself and for that am sorry to my teammates, my fans, my fellow competitors, my sponsors, and the hosts of this great event.

This apology wasn't enough for many people, who said he didn't take enough responsibility for being a drunken idiot. Also, the whole "traumatic to be out late with your friends in a foreign country" didn't exactly fly over well.

Between Trump and Lochte's oafish apologies and the new opening in Trump's campaign, the internet came up with an idea for Lochte's post-Olympic career.

Lochte should work with the Trump campaign, since they're both so good at taking responsibility for their offenses.

How long before the Trump campaign hires Ryan Lochte? they like people who can make shit up on the spot. — Lindsey Marie (@lmwhite1020) August 19, 2016

Honestly, sounds like a pretty good pairing to me.