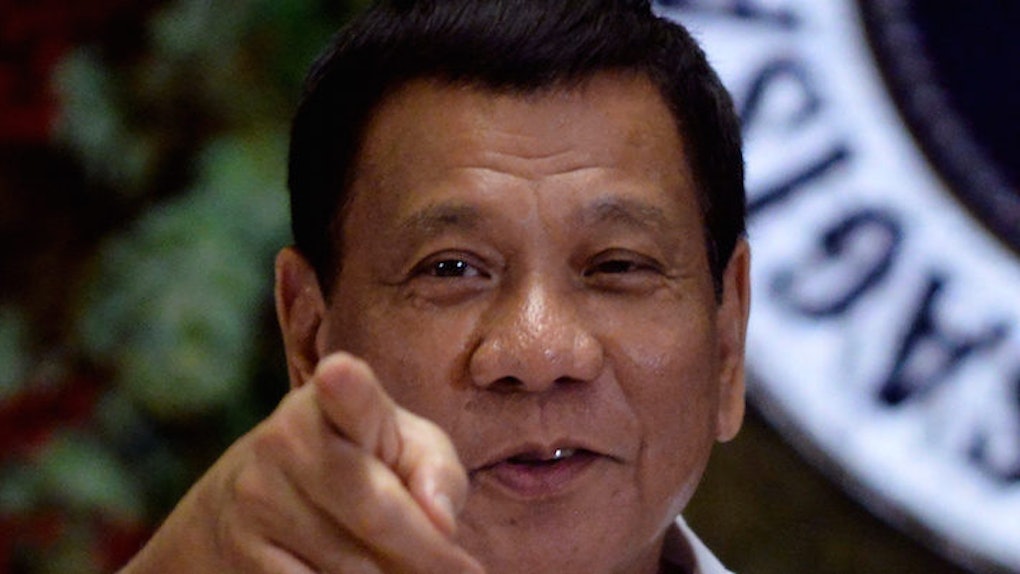 If there was a competition for the most absurd quotes from a world leader, Rodrigo Duterte, the president of the Philippines, would arguably win by a landslide.

Yes, he even beats Donald Trump.

Duterte recently told the BBC he killed at least three suspected criminals when he was still the mayor of the city Davao before becoming the president of the Philippines.

I killed about three of them... I don't know how many bullets from my gun went inside their bodies. It happened and I cannot lie about it.

Needless to say, this is disconcerting.

The killings committed by [President Duterte of the Philippines], by his own admission, at a time when he was a mayor, clearly constitute murder. It should be unthinkable for any functioning judicial system not to launch investigative and judicial proceedings when someone has openly admitted being a killer.

The killings described by President Duterte also violate international law, including the right to life, freedom from violence and force, due process and fair trial, equal protection before the law, and innocence until proven guilty.

Duterte responded by calling the UN human rights chief an "idiot," and went on a furious rant.

He did not hold back,

You idiot, you do not tell me what to do. Your understanding of international law is lacking. We are the ones contributing to the United Nations. You morons! You sons of whores! And I pay your salaries. Do not open your mouth there. I employ you.

Since that time, he's waged an extremely bloody war on drugs — over 6,000 suspected dealers and users dead have been killed by police and vigilantes.

This helps explain why Duterte is known as "the Punisher."

Meanwhile, Duterte insists police have not violated any laws as the bodies continue to pile up.