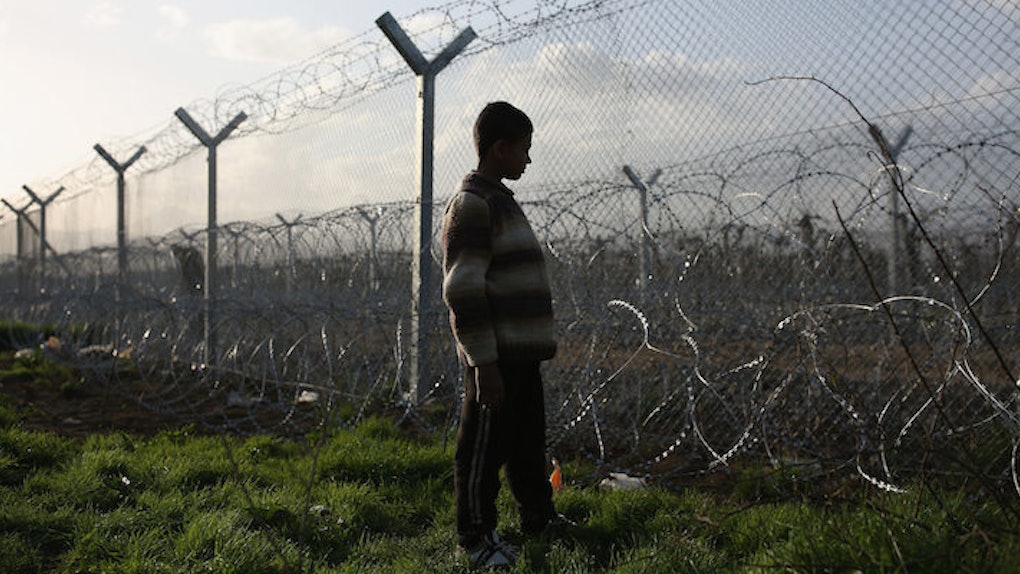 The world’s hesitancy to ameliorate the Syrian refugee crisis is not a unique case in the narrative of modern America. From an ideological perspective, it’s representative of Western society’s unfortunate tendency to fear what it does not know.

The extent to which this state of mind has infiltrated politics and contributed to xenophobia becomes painfully clear as we consider how the association between Muslims and terrorists has become normalized. Through the construction of cultural walls and the passive acceptance of exclusionary rhetoric, we are invigorating the very ideal that terrorists — especially ISIS — attempt to engrain through violence. It is the false notion that people of different religions cannot live in harmony.

Unfortunately, politicians — the people who are supposed to have our best interests in mind — prey upon fear and unfamiliarity by promising protection and getting the “go ahead” to further their own political agendas. For example, Texas senator and GOP candidate Ted Cruz commented on how just 3 percent of the Syrian refugees allowed entry into the US are Christian. In an interview with Glenn Beck, Cruz justified his thoughts distinguishing Muslim Syrians from Christian Syrians:

Christians are being crucified right now, Glenn. They’re being beheaded. And the president says it’s offensive and un-American to want to provide safe haven. Just three percent of the Syrians that this administration has let in are Christians. He’s ignoring the [genocide] directed at Middle Eastern Christians.

In reality, ISIS doesn’t discriminate when it kills. Instead, it’s pledged to exterminate any individual who’s not on board with the creation of its so-called Islamic state. The biggest obstacle to that state is not religion; it’s Western ideology and democracy.

As opposed to denouncing Muslim Syrians for not being Christian, why aren’t we protecting them and acknowledging their rejection of ISIS’ beliefs? Cruz doesn’t seem to understand this. Perhaps it’s a little too complicated for him.

Cruz has preached his politics in ministries and even had the nerve to request that congregations pray for his GOP victory. But according to him, the Middle East is backwards because it incorporates Islam into its politics. Oh, the irony.

In fact, during February’s GOP debate, each candidate pledged to prioritize protection of religion as president. Yet somehow, each has also suggested we deny Syrian refugees entry because they practice the religion of Islam and are, therefore, more likely to be terrorists. Donald Trump — no surprise here — even promoted a "total and complete shutdown of Muslims entering the United States" following the Paris attacks and San Bernardino shootings.

In reality, it seems like Christianity is the only religion exclusively protected in the United States. This is the very nation that prides itself in being a melting pot of various cultures, religions and identities, and that’s the underlying problem.

Christianity has become politically monopolized by many Republicans in such a way that it’s now acceptable to force the entire nation to abide by its rejection of abortion, gay marriage and other issues that differ from these religious beliefs. Favoritism has also reached a whole new level because it’s also become acceptable to reject refugees because of their non-Christian religion.

The National Review’s David French has gone as far to say that President Barack Obama’s Syrian refugee policy lacks compassion altogether, suggesting that these discriminatory views bleed across political party lines. In his words, the president has spoken on the atrocities committed by Syrian President Assad and ISIS, but still refuses to create an adequate “safe haven” for the victims.

It’s worth noting that most of the victims attempting to enter the states are women and children, not men of fighting age. According to data collected by the State Department, 67 percent of Syrians sent by the UN to America are children (aged 12 and younger) and women.

We should ignore Ben Carson’s fear-mongering, false statement made earlier in his campaign:

But the fact of the matter is, we don’t know who those people are. And the majority of them are young males. And they could easily be people who are being infiltrated by terrorists and recognize that once you bring them in, then you have got to bring other members of the family in.

According to The United Nations High Commissioner for Refugees, the UN has referred 26,622 Syrian refugees to the US since 2013. It’s unclear exactly how many refugees have been officially settled since the Syrian civil war began, but the Refugee Processing Center estimates that 1,925 refugees were accepted to the US during 2015.

The Obama administration promised to admit an additional 10,000 of them during the 2016 fiscal year. In total, more than 4 million Syrians have requested resettlement through the United Nations since the civil war began.

The inconvenient truth is that Syrian refugees are denied entry into the States, in part because they belong to a religion that’s especially vulnerable to militant extremism. But, we fail to recognize that they’re also the very people who have suffered most from it. In order to factor religion out of the matter, Americans must learn to recognize a common humanity between themselves and Middle Eastern Muslims.

Flight attendant Rose Hamid attended a South Carolina Trump rally in January, hoping to remind his supporters that she, a Muslim woman, isn’t all that different from them. She told CNN that, and ultimately, she was escorted from the rally for silently protesting.

“I have this sincere belief that if people get to know each other one on one, that they’ll stop being afraid of each other […] I figured that most Trump supporters probably never met a Muslim, so I figured that I'd give them the opportunity to meet one," she said, wearing a shirt that read, "Salam, I come in peace."

People discriminate against Muslims for the same reason they promote the rejection of Syrian refugees: Western society is fearful of what it doesn’t know. Hamid was correct. If all the people at that rally personally knew a Muslim, they’d realize their fears are baseless.