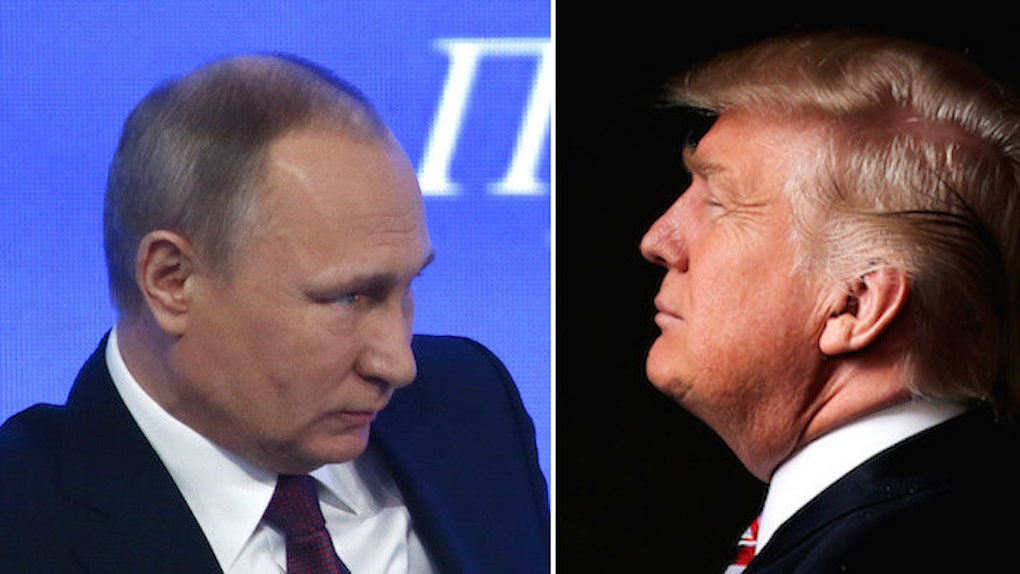 The letter was included in a statement Trump made in response to Putin's card.

Trump's transition team sent an email to the press with the contents of the letter, in which Putin pivots to events his loved ones faced this year, like a real family Christmas card with updates on everyone. He adds how important Trump is to him.

Serious global and regional challenges, which our countries have to face in recent years, show that the relations between Russia and the U.S. remain an important factor in ensuring stability and security of the modern world.

The Russian president throws some political buzzwords in there, basically amounting to, "So we're gonna stay BFFs, like, forever forever, right?"

I hope that after you assume the position of the President of the United States of America we will be able — by acting in a constructive and pragmatic manner — to take real steps to restore the framework of bilateral cooperation in different areas as well as bring our level of collaboration on the international scene to a qualitatively new level.

Putin ends his holiday greetings by wishing Trump and his family "sound health" and "happiness" and "wellbeing" and "success" and "all the best."

Trump responded with a simple statement.

According to the president-elect's transition team, the statement reads,

A very nice letter from Vladimir Putin; his thoughts are so correct. I hope both sides are able to live up to these thoughts, and we do not have to travel an alternate path.

We, too, hope we do not have to travel an alternate-reality path.

Frankly, I thought the Obamas's card was cuter.

But everyone expresses their love in different ways, I suppose.