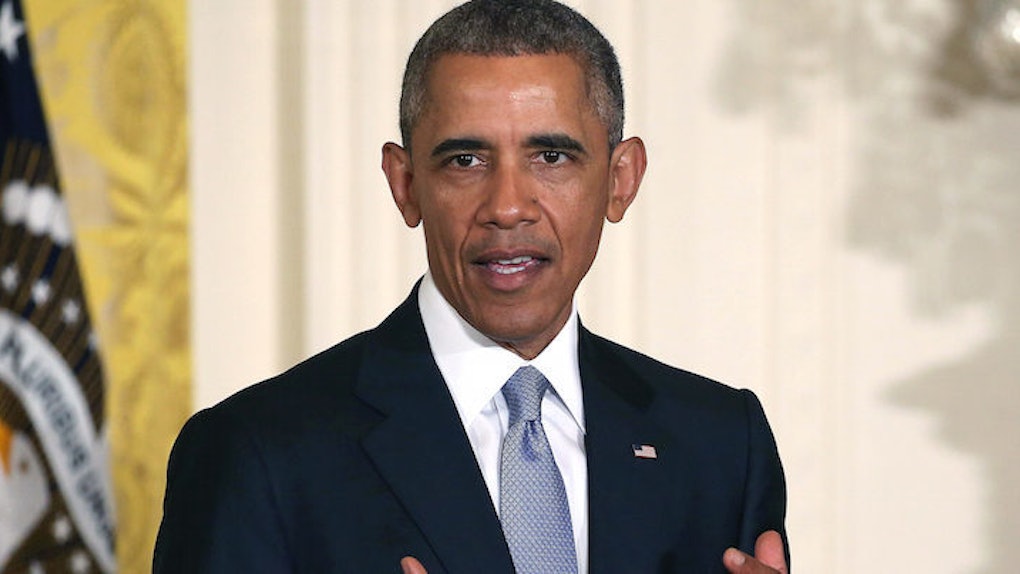 Speaking with reporters, the president said,

America's now a global leader when it comes to taking serious action to fight climate change. And frankly, approving this project would have undercut that global leadership. And that's the biggest risk we face, not acting. Today, we're continuing to lead by example. Because ultimately, if we're going to prevent large parts of this Earth from becoming not only inhospitable but uninhabitable in our lifetimes, we're going to have to keep some fossil fuels in the ground rather than burn them and release more dangerous pollution into the sky... If we want to prevent the worst effects of climate change before it's too late, the time to act is now. Not later. Not someday. Right here, right now.

The Keystone XL pipeline would've transported oil across the border between Canada and the United States, from Canadian oil sands in Alberta to Nebraska and down to refineries in the Gulf Coast. But the president ultimately decided to deny a cross-border permit to TransCanada Corp., the company aiming to build the pipeline.

This decision will undoubtedly be seen as one of the defining moments of Obama's presidency in terms of his efforts to protect the environment.

There has been a contentious debate over the pipeline for the past seven years.

Proponents of the 1,179-mile pipeline, primarily Republicans, contend it would boost the economy and help create jobs while providing the US with a stable oil supply. But those against it argue the pipeline would increase carbon emissions and intensify climate change.

President Obama's decision to reject the pipeline is being celebrated by those concerned about climate change like former Vice President Al Gore, but heavily criticized by Republicans like House Speaker Paul Ryan who argues the president made a big mistake.

By rejecting this pipeline, the president is rejecting tens of thousands of good-paying jobs. #KeystoneXL — Paul Ryan (@SpeakerRyan) November 6, 2015

The truth is the president's decision to reject the pipeline will neither destroy the economy nor save the environment. But it's an important and symbolic step forward in terms of the US taking meaningful action to address climate change.