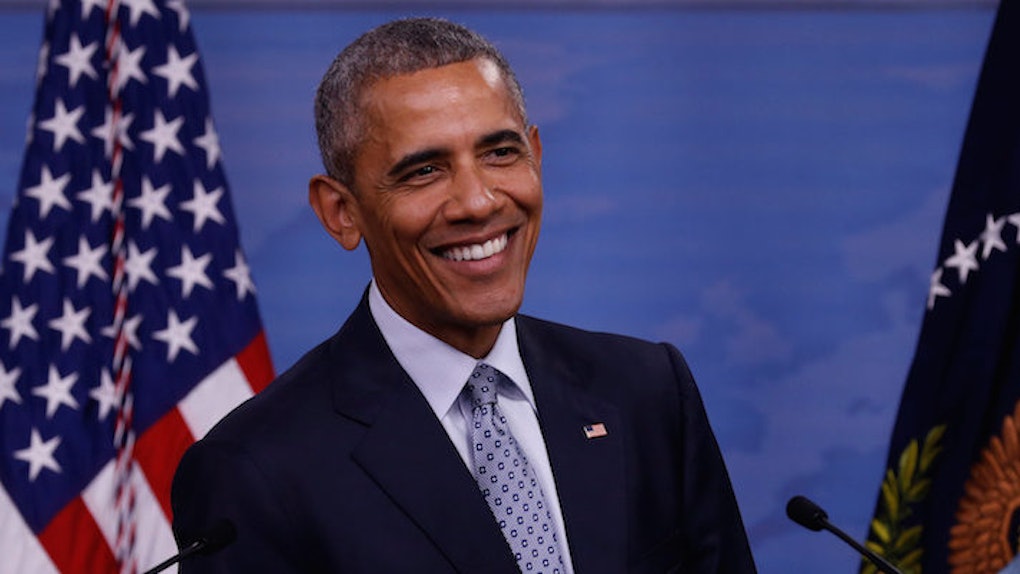 Last year, the Obama administration announced it would accept at least 10,000 Syrian refugees in 2016, and it will reportedly achieve this goal on Monday, CNN reports.

This might seem like a large number to accept, but it's only a fraction of the total number of Syrian refugees: around 4.8 million.

On Sunday, the US ambassador to Jordan, Alice Wells, stated,

Thanks to careful coordination between the Departments of State, Homeland Security, and Health and Human Services, we are able to announce that in the next 24 hours we will have met President Obama's goal of resettling 10,000 Syrian refugees to the United States by the end of this fiscal year. The United States government is deeply committed to safeguarding the American public, just as we are committed to providing refuge to some of the world's most vulnerable people. We do not believe these goals are mutually exclusive.

There are some in the US who believe accepting refugees puts the US at a higher risk of experiencing terror attacks.

But the screening process for refugees is very extensive and stringent, lasting 18 to 24 months on average before they are approved for admission to the US.

Refugees are the most thoroughly screened category of travelers to the United States, and Syrian refugees are subject to even greater scrutiny.

In other words, there is not a huge danger in accepting Syrian refugees, as some politicians have attempted to argue.

There is also a case to be made the US could accept even more refugees.

With over 20 million refugees worldwide, we are currently witnessing the worst refugee crisis since World War II.