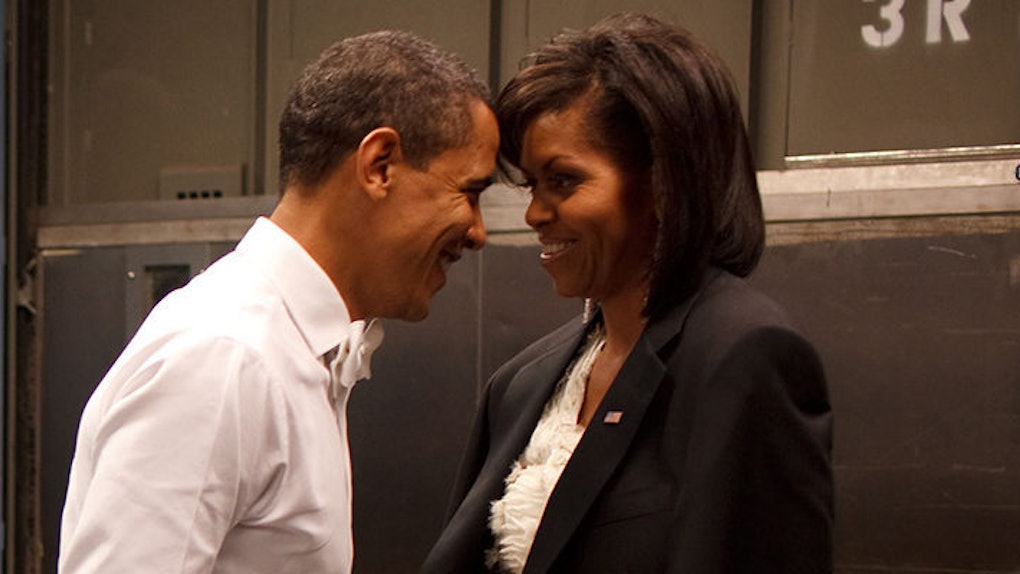 This Obamas' Cutest Moments Montage Will Make You Cry

For better or worse, there will never be another couple in the White House like President Barack and First Lady Michelle Obama.

And since the first couple have just under two months remaining at 1600 Pennsylvania avenue, there are sure to be plenty of tributes flowing across the internet between now and Inauguration Day.

The latest of those tributes comes from CNN, who put together a montage of the Obamas' "cutest" moments, and I'm not gonna lie to you, it's a bit of doozy.

It's a bit on the short side (just under a minute), but it does pack in some of POTUS and FLOTUS' most memorable moments.

For instance, there's that time they had their "first dance" as president and first lady after Barack's first inauguration.

And then there's that moment they had at the Verizon Center in the summer of 2012.

The arena crew had the bright idea of putting the pair on the "Kiss Cam" during a Team USA basketball game and, of course, they both obliged.

And then there's one of their most notable state dinners with China. The photo of Michelle fixing Barack's tie is, to put it simply, adorable.

Yeah, forget the politics for a bit. Anyone who likes these two as people, never mind as politicians, has reason to be just a little bit sorry come January 20.

Maybe I'm wrong, but it feels pretty safe to say that these two will be missed more than any of the recent first couples.

I mean, there's just too much to admire between them, even beyond the fact that they became the first African-American president and first lady.

They're both Ivy League grads who probably could have been badass lawyers if it weren't for their commitment to public service. Most admirably, they've been more inclusive than any other couple in the White House.

Yep, there's a lot to like here and a lot to miss. So long, Obamas.