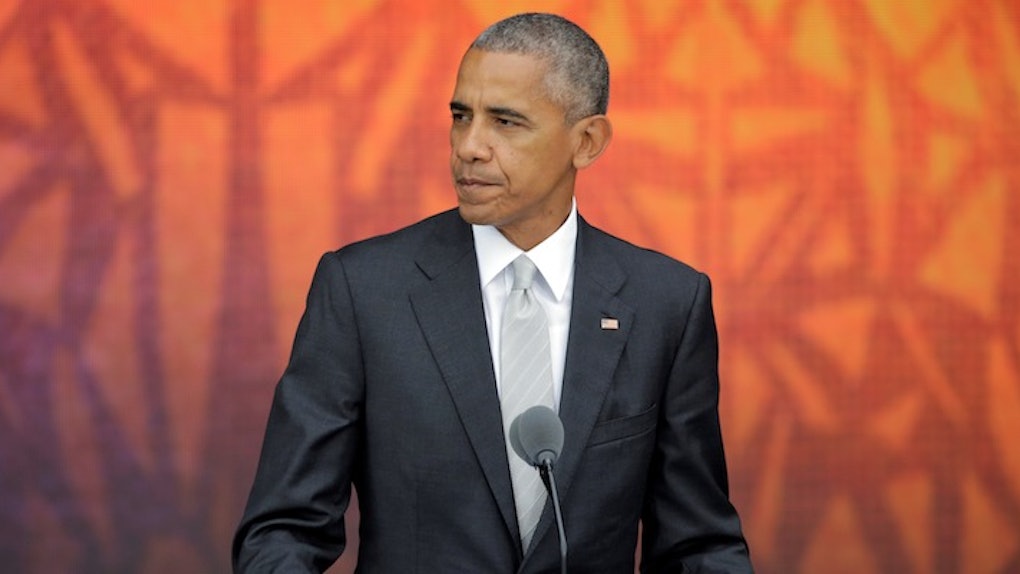 On CNN's podcast, "The Axe Files," Obama claimed he could have won the election if he'd been running for a third term.

On the podcast, which is hosted by David Axelrod, ex-senior advisor to president Obama, said his message of "hope and change" would have won out against Trump's fear-mongering and divisive rhetoric.

I am confident in this vision because I'm confident that if I — if I had run again and articulated it, I think I could've mobilized a majority of the American people to rally behind it. I know that in conversations that I've had with people around the country, even some people who disagreed with me, they would say the vision, the direction that you point toward is the right one.

Donald Trump responded in his typical fashion: On Twitter, with all caps.

"I say NO WAY!" - The president-elect, everybody.

As The Hill points out, recent approval polls by Gallup and Rasmussen show Obama with an approval rating of 56 percent right now. Trump clocks in 15 points under that, at 41. So, at least according to the American people: "YES WAY!"

Of course, considering what the polls said leading up to the election, I will now be taking all poll numbers with a bucket of salt.

In the interview, Obama doesn't blame Hillary's loss on her, either, saying there was "a double standard with her."

As Business Insider reports, Brian Fallon, a spokesman for Hillary, tweeted that he agreed with Obama's assessment, adding Hillary could have also won if FBI director James Comey didn't renew the investigation into her emails a week before the election (an investigation that led, once again, nowhere).

Of course, this is all talk. Because Trump did win (the electoral college -- Hillary now has around 3 million more votes than him in the popular vote, but we live in a weird country).

And, alas, there is no amount of hoping and fantasizing that can change that.