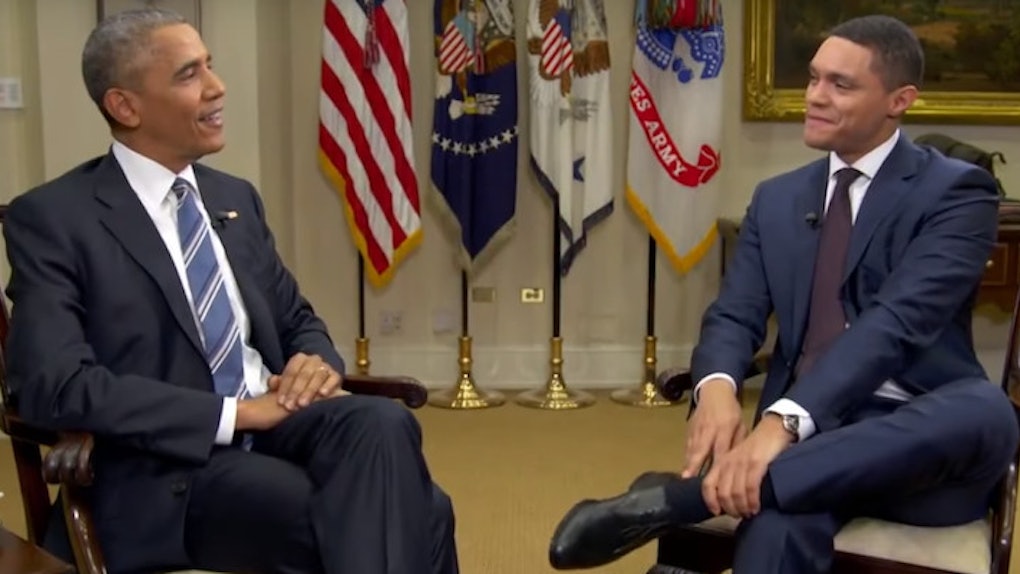 Behind closed doors, Barack Obama has been grooming president-elect Donald Trump as he prepares to take office in 2017.

But one big question is: Has Trump been listening?

The answer is probably not, no.

One of the issues Obama advised Trump to tackle head-on and not ignore is climate change.

On "The Daily Show," the president revealed the tough-love schooling he gave Trump.

I've had several conservations with the president-elect in which I've said to him: Look, if you can find different approaches to deal with the problems, I don't pretend that I was the repository of all wisdom, but what you can't do is pretend they're not problems.

He warned of the dangers of sweeping the environmental issue under the carpet by using one of Trump's golf courses as an example.

So if the oceans are going up and some streets of Miami -- a mile or two from where the president-elect has a golf course -- are seeing flooding in the middle of sunny days, and it's salt water coming up through the ground, that's still going to have to be dealt with one way or another. They may change policy on climate change -- but climate change is still climate change. Reality doesn't go away.

I think every president comes in and discovers that, A: Reality doesn't go away and B: Federal government is an aircraft carrier, not a speedboat -- turning it is hard.

Obama appeared on the show over the weekend. He touched on a number of topics with the host and reassured us that although he'll be taking a backseat in politics, this isn't the last of him.

I don't anticipate that I'll just vanish. There may be occasions where if I think core values are being threatened that violates the constitution and violates who we are and makes us less safe, because it would make it easier for groups like ISIS to recruit and radicalize homegrown terrorists -- I might have to say something.

But after eight years of running a country, the legend admits "it is important for me to recharge" -- and that includes a well deserved vacation with the family.