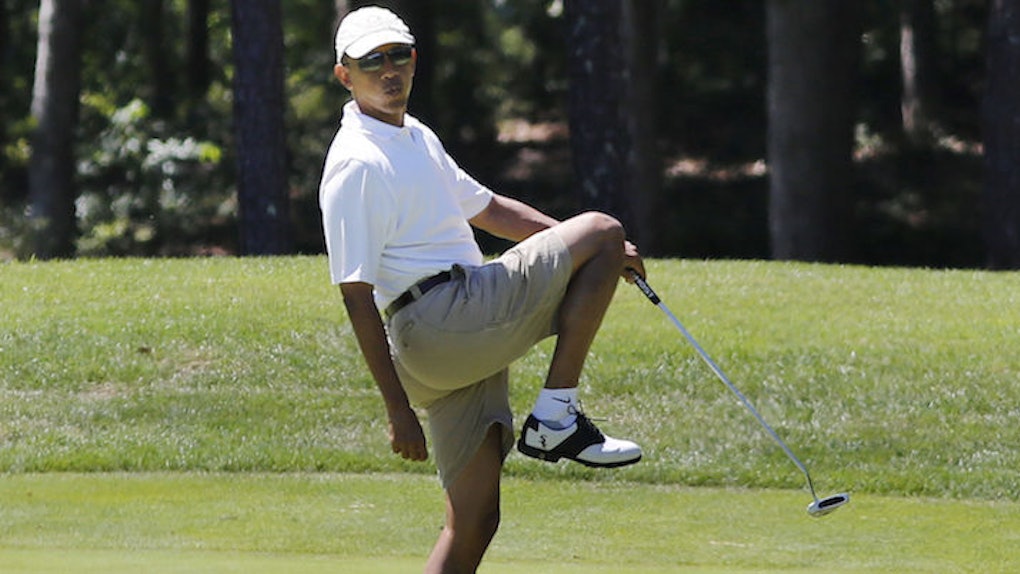 Female Golfer Challenges Obama To 'Play A Round With A Woman'

President Barack Obama has spent a majority of his past eight summers hanging out on the fabulous Martha's Vineyard.

It's a longstanding presidential tradition to take a little break out on the Vineyard, and the Obamas have upheld it.

The president makes frequent golf outings on the Vineyard, playing rounds in shorts and polos.

But according to some residents, the Obamas could be doing a little more. Apparently, according to a New York Times article, Martha's Vineyard residents are a bit frustrated that the Obamas haven't been as social as presidents past, like Bill Clinton.

The Clintons used to hang out in the Vineyard, get ice cream and go to parties. The Obamas have largely held back on the socializing.

The Vineyard has seen a series of fundraisers for Hillary Clinton's presidential campaign this summer, including Obama and Clinton herself.

There's been a lot of interest and excitement for the fundraisers, as the Vineyard socialites hope for a Clinton return to the island.

But aside from the slow socialization, one Martha's Vineyard summer resident has another bone to pick with the president.

I love that Obama plays golf, but when is he going to play a round with a woman?

Getz told the New York Times that she herself would offer to play golf with Obama. Unless, she said,

Is he afraid of getting beat?

It's a great question, and we hope Obama takes her up on the challenge soon.