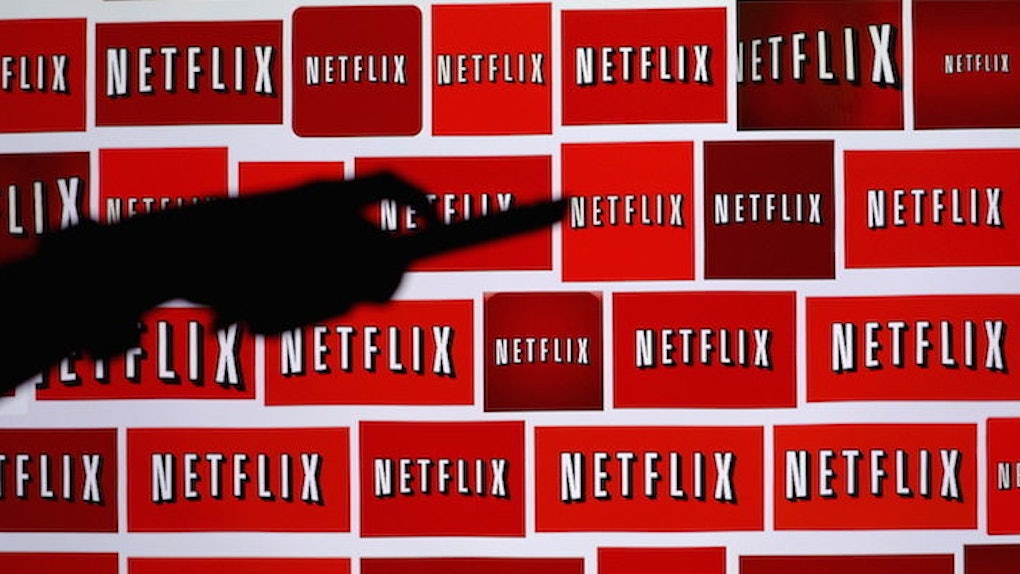 It happens to the best of us.

You're slumped on your couch with chips and a bottle of wine, fully prepared to spend a night with Netflix, distanced from reality and not thinking about anything at all.

But next thing you know, you're 57 minutes into the documentary "Blackfish" and crying over orca whales kept in captivity.

This is just one of the many ways Netflix is the best -- and absolutely not ruining humanity by making us all anti-social couch potatoes.

Netflix is secretly really good at making you learn more about political issues. Here's how.

Of course you can get interested in politics through a Netflix show like "House of Cards," but even shows not explicitly about DC help you learn more about America.

Television shows can be really good about showing various types of political problems through human stories. They're telling stories about people, sure, but most people are affected by something going on in politics.

"Jane the Virgin" and "Orange is the New Black," for instance, subtly teach you about issues like immigration, mass incarceration, systemic racism and economic inequality. Even ESPN's "30 for 30" touches on political topics.

So, while you'd probably say "no" if someone asked you to watch a show about immigration reform, you'd happily agree to watch the delightful "Jane the Virgin" without realizing it's kind of the same thing.

Those pretty period pieces tell you about history.

Rewatching "Mad Men" has been super comforting to me this year. I started to think this past year had to be crazier than any other time in America -- what with frequent shootings, Donald Trump and big conversations about race and gender.

But "Mad Men" lets me know that the country has really been through a lot of this before, just in different forms and with different perspectives.

Shows based in the past, like "Mad Men," aren't only about where Peggy Olson ends up working -- they're about masculinity and feminism and civil rights and the way news events affect human lives.

And they teach you about the more everyday aspects of American history — the smaller news events we don't learn about in history classes, like the crimes and scandals people were talking about, scared or inspired by that have gone forgotten.

I can't tell you how many times I've Googled some event or name mentioned, even in passing, from a show on Netflix.

How many hours have we collectively spent in the rabbit hole of Internet searches about something mentioned in a show? These searches aren't wastes of time; they're learning time.

This ranges from historical events to the way systems work. Like if you're watching "The Walking Dead" and suddenly need to know how the CDC collaborates with foreign health centers.

Thanks to these shows (and your piqued interest and the Internet), you can learn so much about a political topic you previously had not known or cared about.

Before you know it, you're watching a documentary or foreign film.

One of the fabulous things Netflix has done is given a huge platform for documentaries and foreign films.

Documentaries and foreign films are typically relegated to specialty theaters and don't have big ad campaigns in America. But thanks to Netflix, they're all right there on our screens right next to "Friends."

Now, it's pretty easy to scroll through the Netflix feed and decide to watch a documentary that seems cool.

Documentaries on Netflix like "First Position," "Blackfish," "Virunga," "Planet Earth," "The Square," "Undefeated," "Ai Weiwei: Never Sorry" and others teach you about real political issues, usually from the people actually involved in them.

When you watch a foreign film, even if it's a rom-com, you'll learn more about a culture without having to do anything but sit back and enjoy.

So thank you, Netflix, for justifying our anti-social tendencies with inherently educational content.