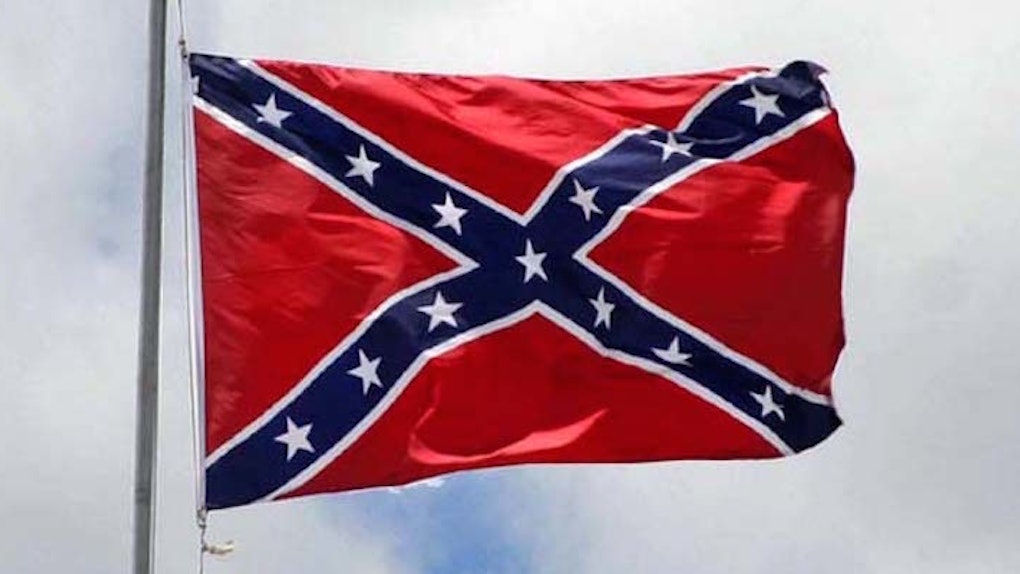 The American Civil War, the bloodiest conflict in U.S. history, ended 150 years ago. In spite of that fact, it still has political and cultural relevance to this day. As much as we might try to ignore or deny it, history has an impenetrable grasp on the present.

This has been particularly evident in the wake of the horrific shooting at Emanuel AME Church in Charleston, South Carolina. The racially charged incident stands as a brutally painful reminder that America has not escaped the legacy of slavery and Jim Crow.

Racism, prejudice and discrimination are endemic and systemic in American society, and much of this is due to history.

This is not to say we should dismiss the palpable progress we've made as a nation in terms of race relations, but that we should not delude ourselves into believing racism doesn't still exist in our society.

Progress is a game of inches, and it must be carefully cultivated. Part of this process involves having candid conversations about history and its current sociological impact, regardless of how uncomfortable this may be.

For far too long, many in this country have denied the true history, causes and repercussions of the Civil War. The Confederate flag is a demonstration of this ignorance.

Following the Charleston shooting, it's been difficult to ignore the Confederate flags waving on both government and private properties in many states.

This has been especially true in terms of South Carolina, where the Confederate flag flies on the statehouse grounds.

But, as the Washington Post reports, South Carolina exhibited a positive step forward on Thursday when state lawmakers voted to remove the Confederate flag from statehouse grounds. The House debated over this piece of legislation for 13 hours, eventually voting 94 to 20 to remove the flag.

This move has been applauded by South Carolina Governor Nikki Haley, who will sign the bill into law on Thursday afternoon. The flag is to be removed Friday morning, ABC news reports.

Governor Haley is correct. This does mark a new day for South Carolina, but we should be wary of believing everyone is happy about these developments.

Many in the south and beyond still view the Confederate flag as a symbol of their heritage. This is a large part of the reason there has been such contentious dialogue over this issue.

But as the South Carolina legislature debated over the bill surrounding the flag, one lawmaker, Republican State Representative Jenny Horne, made it abundantly clear she was quite fed up with the "heritage" argument.

Horne delivered a tearful, poignant and eloquent speech on the subject, pleading with her fellow lawmakers to take the flag down:

In what was arguably the most powerful moment of it all, Horne stated:

I'm sorry, I have heard enough about heritage. I have a heritage, I am a lifelong South Carolinian. I am a descendent of Jefferson Davis. But that does not matter. It's not about Jenny Horne. It's about the people of South Carolina, who have demanded that this symbol of hate come off of the statehouse grounds.

There's no question Horne's statements sent shockwaves through the South Carolina legislature, and most likely altered the direction of the debate.

If you're unfamiliar with U.S. history, Jefferson Davis was the President of the Confederate States of America during the American Civil War.

As she aptly highlighted by referencing her connection to Davis, the heritage argument surrounding the Confederate flag is irrelevant.

The Confederate flag has always been a symbol of hatred and racism. It was the battle flag of a traitorous army that sought to perpetuate slavery via a war that claimed over 600,000 lives.

During the 20th century and beyond, the Confederate flag has been proudly brandished by white supremacists, including Dylann Storm Roof, the alleged Charleston shooter.

Those who contend the Confederate flag is simply a symbol of heritage are the same who've been misled to believe the American Civil War was fought over states' rights, not slavery.

Like Horne, my heritage is tied directly to the South, South Carolina and the Confederacy. And, like Horne, I believe this is no excuse for condoning the use and proud display of a symbol of hate.

I am the direct descendent of Confederate soldiers and slaveowners. Both of my greatgrandfathers' grandfathers served in the American Civil War on the side of the Confederacy.

I'm not ashamed to be related to these men, and I don't feel "white guilt" for having Confederate soldiers and slaveowners as ancestors.

I can't change the past, and none of us choose our ancestors. But I will not applaud what these men stood for, nor will I ignore the impact slavery, the American Civil War and related events continue to have in the present day.

I am a white male in America, and regardless of whether my ancestors fought for the Confederacy or not, I benefit from white privilege because of this country's past.

There is a danger in misunderstanding history in that the evils of the past manifest themselves in other forms during the present. The Confederate flag is a prime example, and I'm glad South Carolina has decided to take it down.

There's still a great deal of work to be done in this country regarding the Confederate flag and race relations in general, but we can still celebrate this victory.