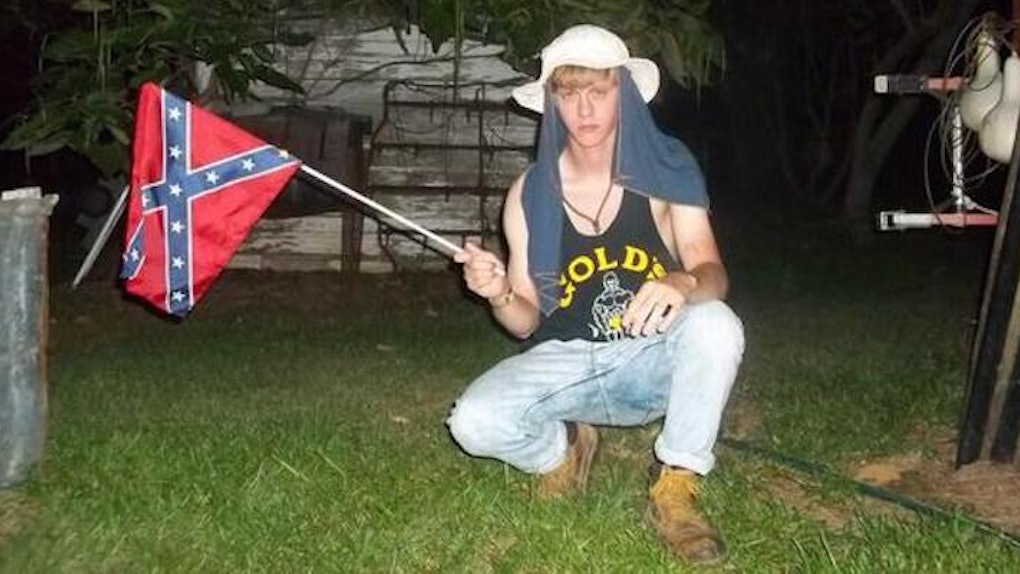 The horrific shooting at the Emanuel AME Church in Charleston is a brutal reminder of the utmost importance of learning and comprehending history.

Dylann Storm Roof, the 21-year-old white man who officials say confessed to the shooting, was most likely motivated by a racist mindset that can only be fully explained via a thoughtful examination of this nation's past.

Roof apparently wanted to start a race war. Statements he allegedly made both during the shooting and a manifesto discovered on the Internet reveal he feels blacks present an imminent threat to the safety of whites.

This deluded perspective is not unique to Roof.

According to the Southern Poverty Law Center (SPLC), there are currently 784 hate groups in the United States, including the Ku Klux Klan, neo-Nazis, neo-Confederates, racist skinheads and black separatists.

Every single one of these groups is a consequence of the legacy of slavery and Jim Crow, among other factors.

Even the black separatists, who espouse hatred toward whites, are tied to this history. As the SPLC notes, "much black racism in America is, at least in part, a response to centuries of white racism."

This is not a vindication of black racism, as discrimination should be condemned in any and all forms. But when it comes to hate and discrimination in America, we can't afford to ignore the history and continued impact of slavery.

The sad truth, however, is that we often do ignore this history. In some ways, it's even celebrated, particularly through Confederate symbols and memorials.

Correspondingly, the abhorrent suspected actions of Dylann Roof, who has proudly exhibited the Confederate flag, has ignited a debate about what the flag represents and the appropriateness of displaying it.

On the morning after the shooting, the Confederate flag flew at full-mast over the South Carolina statehouse, which many viewed as insulting and disgraceful, rightfully so.

Accordingly, several states and companies are currently discussing or have already decided to remove or ban Confederate symbols. Much of this has occurred in the wake of the shooting, and it's sad it took a mass killing to push people toward this long-overdue change.

The reason people have been so against removing Confederate symbols is simple: They either don't know or understand history.

For years, many have presented the flag as a proud symbol of the "heritage" of the South. But, in reality, it was the battle flag of a treasonous army that fought to perpetuate slavery. Throughout the 20th century and beyond, it's been brandished by white supremacists.

In other words, it's a historic symbol of racism and hatred. People who embrace the "heritage" argument ignore that fact and deny history.

just to be clear: it's not like Dylann Roof suddenly gave the Confederate flag a bad name, it's the Confederacy that did that — Philip Gourevitch (@PGourevitch) June 23, 2015

It's shocking that 150 years after the cessation of the American Civil War, people in the US still don't have a basic grasp of why the war happened.

You'd think they'd have a general understanding of a war that claimed the lives of over 600,000 people, or the bloodiest conflict in US history.

But no, many Americans insist on arguing it "wasn't about slavery" and was largely a matter of states' rights.

Yes, it was about states' rights: the right of states to continue slavery as it was a deeply ingrained social institution and the greatest financial asset in the US at the time.

Simply put, to say the Civil War wasn't about slavery is to deny palpable evidence.

South Carolina, the state where this heinous shooting took place, was the first to secede from the Union in 1860. The Civil War began there.

When it declared its separation, it specifically cited slavery as the inspiration, as did the other southern states that followed.

As Ta-Nehisi Coates of the Atlantic puts it:

The key word here is "history."

All white supremacists, including Roof, ignore history in the sense that there is no such thing as race. Race is a social construct that has no scientific basis.

Hence, notions of racial superiority are inherently invalid and contradict reality. Roof, and those like him, fail to understand this.

The color of our ancestors' skin and ultimately my skin and your skin is a consequence of ultraviolet light, of latitude and climate. Despite our recent sad conflicts here in the US, there really is no such thing as race. We are one species -- each of us much, much more alike than different.

Those who deny the true symbolism of the Confederate flag also ignore history, and it's just as dangerous as Roof's ignorance surrounding race.

There's a reason we say "Never Forget," when referring to the Holocaust and 9/11. The surest way of preventing genocide and other tragedies in the future is educating people on the atrocities that have occurred in the past.

We can't afford to neglect history, or we risk repeating it.

The Charleston shooting and subsequent debate over the Confederate flag reveal an unfortunate and detrimental trend in the United States.

Far too many Americans lack basic knowledge of their nation's history.

In 2008, the Intercollegiate Studies Institute conducted a study that surveyed more than 2,500 Americans. It found that only around half of adults could name all three branches of the government.

Furthermore, a 2011 Marist poll revealed many Americans don't even know the true meaning behind July 4, with only 58 percent aware the US declared its independence in 1776.

In 2014, only 18 percent of eighth graders were proficient or better in American history. They also performed poorly in civics and geography.

What this reveals is US students have a poor understanding of both their own country and the world around them.

When you look at the fact Oklahoma lawmakers recently moved to ban AP US History because it didn't emphasize "American exceptionalism" enough, this all makes a great deal of sense.

We can't afford to disregard the dark chapters of America's history as we teach it to younger generations. Brutal honesty about the past is the surest method of building a brighter and better future.

It's also vital we emphasize how important history is to educators, students and policymakers in order to ensure the subject is prioritized.

History is far more than just facts and dates. It reveals the personality, or sociology, of the world and its nations. It's impossible to understand the present without critically analyzing the past.

The Charleston shooting is a horrific affirmation of these truths. It reminds us that evolving as a country requires both acknowledging and comprehending history.

Americans have embraced a culture of ignorance. We have members of Congress who espouse creationism and citizens who don't have basic knowledge of the government's framework. This is deeply injurious to the livelihood of our democracy.

If we want to reverse this trend, we have to pay attention to history, or we risk witnessing more tragedies like the one that just occurred in Charleston.

Historical illiteracy translates into ignorance of politics, culture, geography, economics and beyond. We can't allow this to continue.

Ignorance breeds misunderstanding, fear, hate and violence. It cannot be permitted to persist.

Citations: Dylan Roof Photos And Manifesto Are Posted On Website (NYT), What This Cruel War Was Over (The Atlantic ), How Much US History Do Americans Actually Know Less Than You Think (Smithsonian Mag), Shockingly Few Students Are Proficient In US History (Huffington Post ), Bill Nye Tells Rutgers Grads We Are Much More Alike Than Different (Huffington Post ), Anti intellectualism Is Killing America (Psychology Today ), Seventeen Seventy When (Marist Poll ), Whos Keeping Their Confederate Flags Whos Not (NY Mag)