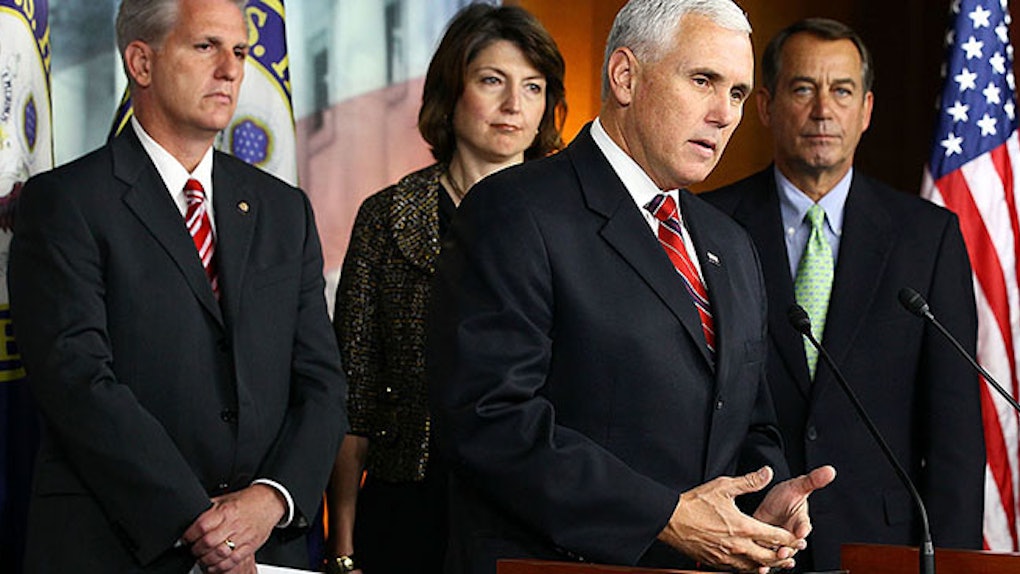 If there's anyone who would be critical of Donald Trump, Mike Pence, and the rest of the GOP this week, it would be Mike Pence... from 2010.

At least, that's what this 7-year-old tweet from the vice president implies.

Pence tweeted the ironic message back when he was serving in Congress. At the time, former President Barack Obama was pushing to make Obamacare into law.

Now, during a period in which Republicans are looking to push their own health bill, some people can't help troll Pence's tweet.

So, buoyed by jokes, the old tweet has resurfaced.

A group of 13 Republican senators, including Senate Majority Leader Mitch McConnell and former presidential candidate Sen. Ted Cruz, have been convening amongst themselves to tweak the GOP healthcare bill that passed through the House last month.

The leaders plan to bring their revised version of the bill -- dubbed the American Healthcare Act -- to the floor of the Senate for a final decision next week, Politico reports.

The process conducted by the 13 senators has been widely criticized for lacking transparency, including by Republican colleague Susan Collins.

Collins, a senator from Maine, told the Portland Press Record,

I'm not going to vote for a bill whose impact has not been analyzed by the CBO. I think that it is not a responsible way to legislate, when you don't know the impact on cost and coverage. I always believe legislation is best crafted through the normal order. I think it's much better to have committee consideration of bills, public hearings and to have a full debate. That's the process for most well-considered legislation.

Collins' criticism and the scrutiny of other Republicans is important because of the 52-to-48 margin that the party holds in the Senate.

If three Republicans decide to join the Democrats' eventual bloc vote against the bill, it will not pass through the Senate.

Clearly, the manner in which the GOP healthcare bill is being crafted isn't only attracting sarcastic tweets. Much more consequentially, it's jeopardizing the indispensable support of fellow Republicans.