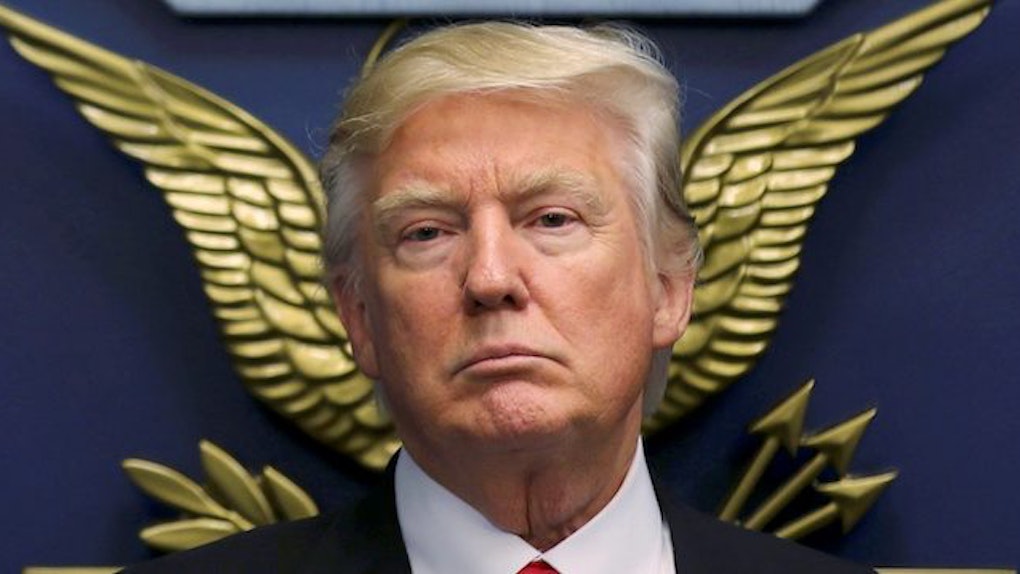 Donald Trump is getting a little too executive order-happy, if you ask me.

Within the past week, he's terrified a large percentage of the United States (and the world) by keeping quite a few of the promises he made during his campaign.

For starters, he's already temporarily banned most refugees from American soil and signed an order to build a wall between the US and Mexico.

This is real, and it's alarming.

Currently the order bans the citizens of the mainly-Muslim countries from entering the US for at least 90 days, and this is reportedly only the first step before even further actions are taken regarding the ban.

A senior White House official claimed more countries will be added to the list.

The source said Trump's administration is being "very aggressive," and the reasoning behind the ban is simply to "keep America safe."

The countries currently on the list are Iraq, Syria, Iran, Libya, Somalia, Sudan and Yemen.

Since Donald Trump signed the order to ban citizens and refugees hailing from these nations on Friday, airports have already begun detaining people trying to enter the US.

According to the New York Times, both men were visa holders and were still denied access into the country.

Mark Doss, a supervising attorney at the International Refugee Assistance Project and one of the lawyers representing the men, commented on the "shocking" detainment.

These are people with valid visas and legitimate refugee claims who have already been determined by the State Department and the Department of Homeland Security to be admissible and to be allowed to enter the U.S. and now are being unlawfully detained.

Apparently, Doss and other lawyers trying to free both Iraqis have not been able to directly reach their clients yet.

One of the detainees, Hameed Khalid Darweesh, reportedly worked in Iraq for 10 years on behalf of the US government. His wife and children made it through customs on Friday, but he did not.

Darweesh arrived on a separate plane from Haider Sameer Abdulkhaleq Alshawi, another man detained at the airport that night. Alshawi was apparently trying to join his wife and son in the US.

Upon trying to contact both men, Doss reportedly spoke with an agent at Customs and Border Protection and asked,

Who is the person we need to talk to?

The answer he received was short, and scary. The agent said,