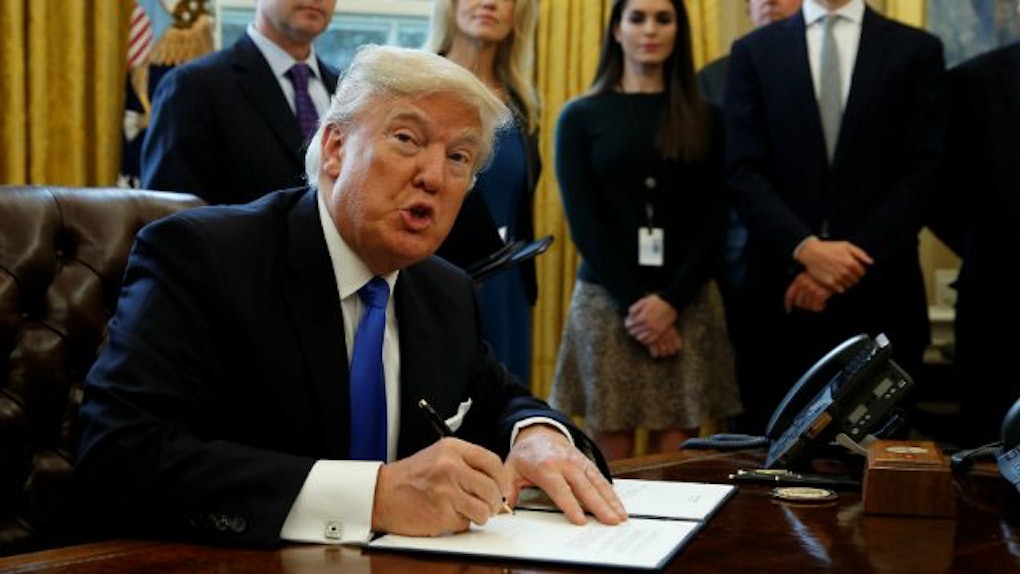 Trump Is Expected To Ban Refugees With Executive Orders

According to a number of congressional aides and immigration experts, the former reality TV star will sign executive orders, which will include a temporary ban on most refugees.

It will also include a suspension of visas for citizens of Syria, Iraq, Iran, Libya, Somalia, Sudan and Yemen.

Trump's tweet promises the construction of a border wall with Mexico.

Sources believe the wall will be Trump's first attempt to tighten border security, and he will address the refugee issue later in the week.

The President will direct federal funds toward the project, despite claiming he'd make Mexico pay.

Stephen Legomsky, who was the chief counsel at US Citizenship and Immigration Services in the Obama administration and a professor at Washington University School of Law in St. Louis, said,

During his campaign, Trump promised a temporary ban on all Muslims entering the US, but he has since changed his viewpoints to a lighter stance.

Alongside his nominee for attorney general, US Senator Jess Sessions, they would focus on countries where there is a "threat," instead of fixating on everyone of the Muslim faith.

Trump could instruct the State Department to stop issuing visas to people from those nations.

In addition, he could instruct the US Customs and Border Protection to stop current visa holders from those countries from entering the United States.

In the Cold War, we had an ideological screening test. The time is long overdue to develop a new screening test for the threats we face today. I call it extreme vetting.

While some Americans agree with his rhetoric, many are appalled by his viewpoints and his unwillingness to help refugees in desperate need.

After all, there's no RSVP on the Statue of Liberty.