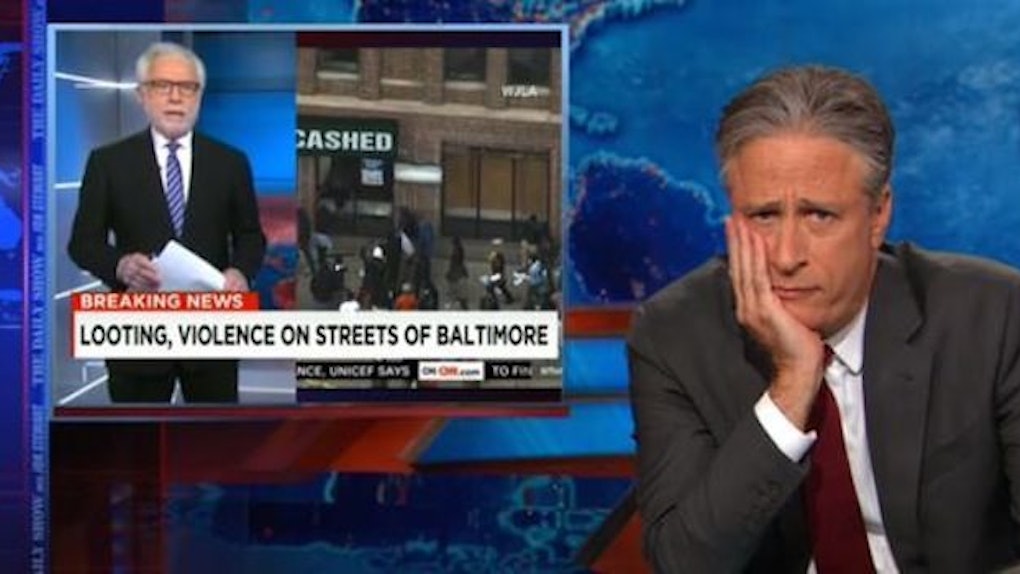 How The Media Helped Civil Rights In The 60s, But Are Hurting It Now

On March 7, 1965, a day that would become known as Bloody Sunday, 48 million Americans watched their television sets in horror as police brutally attacked a nonviolent march in Selma, AL.

When people saw police violently abusing peaceful marchers, they were mortified. The national conscience began to awaken -- injustice and discrimination were endemic in American society.

The march, orchestrated by Dr. Martin Luther King, Jr., was aimed to draw attention to the disenfranchisement of black voters in the South.

The shock and outrage that Selma incited led to demonstrations in 80 cities across America.

Ultimately, the events in Selma would help lead to the passing of the Voting Rights Act, a monumental moment in American history. But even more than that, Selma helped expose the American populace to the systemic nature of racism and violence in the South, and this wouldn't have been possible without the media.

Congressman John Lewis, who marched alongside Martin Luther King, Jr. and sustained a fractured skull on Bloody Sunday, once stated,

The civil rights movement would have been like a bird without wings if it hadn't been for the news media.

Indeed, without media coverage, the Civil Rights Movement wouldn't have gained as much momentum as it did.

Fortunately, we have made a great deal of progress as a country since Bloody Sunday, but we also still have a long way to go.

We live in a country where the criminal justice system disproportionately impacts minorities.

This is reflected in multiple ways, particularly incarceration and arrest rates.

Black males between the ages of 15 and 19 are also 21 times more likely to be killed by police than their white peers.

We have been reminded police are far more likely to use excessive force against blacks far too many times, particularly over the course of the past year.

Cities across America have risen in protest, calling for immediate reform to a broken and discriminatory system.

This whole police community relations situation, is the civil rights cause of this generation, no doubt about it.

After the death of Freddie Gray, the city of Baltimore has come to the forefront of this movement. Over the course of the past week or so, protestors have taken to the city's streets, peacefully demanding justice and accountability.

You wouldn't know this from media, coverage, however.

It's true there have been riots, looting and violent clashes with police in Baltimore. But the media has overwhelmingly concentrated on these negative aspects and has given little to no attention to the peaceful protestors dedicated to real change.

Baltimore, and the movement for civil rights currently occurring there, has been unfairly vilified by the media.

This was expertly revealed by a Baltimore protestor named Danielle on Tuesday when MSNBC anchor Thomas Roberts decided to interview her on the street:

What type of message do you think it sends to the world... That we see residents last night looting and rioting in the city?

My question to you is, when we were out here protesting all last week, for six days straight peacefully, there were no news cameras, there were no helicopters, there was no riot gear, and nobody heard us. So now that we've burned down buildings and set businesses on fire and looted buildings, now all of the sudden everybody wants to hear us. Why does it take a catastrophe like this in order for America to hear our cry?

The sad answer to her question is that major media outlets care more about sustaining viewership through sensationalism than offering a balanced picture. In the process, they degrade and derail the current movement for civil rights by ignoring the root causes of the protests.

Baltimore is just a single example of a much larger trend, also revealed via protests in Ferguson, MO, following Michael Brown's death.

This was highlighted, in particular, during an interview on Tuesday between CNN's Wolf Blitzer and community organizer Deray McKesson.

In it, Blitzer unsuccessfully attempts to provoke McKesson into focusing on the violent aspects of recent events in Baltimore:

Simply put, it's clear the media cares more about entertaining and distracting viewers than educating them. In the process, it fails to address the issues that inspired the protests in the first place.

Correspondingly, on Tuesday, President Obama condemned the rioters in Baltimore, but was also critical of how the media and others reacted to them.

One burning building will be looped on television over and over and over again and the thousands of demonstrators who did it the right way, I think, have been lost in the discussion. The overwhelming majority of the community in Baltimore handled this appropriately, expressing real concern and outrage over the possibility that our laws were not applied evenly in the case of Mr. Gray and accountability needs to exist. But if our society really wanted to solve the problem, we could. It's just it would require everybody saying this is important, this is significant, and that we don't just pay attention to these communities when a CVS burns and we don't just pay attention when a young man gets shot or has his spine snapped.

Real change requires constant vigilance and concerted engagement, but this is difficult to accomplish when we're offered a distorted picture of what's occurring.

As we work toward reform in terms of policing, we must also demand greater integrity from those who report the news.

During the 1960s, the mainstream media often served the cause of civil rights.

Today, however, it's evolved into a regressive entity that infantilizes the public and perpetuates the status quo.

Citations: How The Civil Rights Movement Was Covered In Birmingham (NPR), The Role of News Media in the Civil Rights Movement (PBS), Journalists Discuss Coverage of Movement Media Role in Civil Rights Era Reviewed (Los Angeles Times ), Black Teens Vastly More Likely to Be Killed by Police Than Whites Even After Adjusting for Crime Rates (Slate), Rep Elijah Cummings Police Community Relations Is The Civil Rights Cause Of This Generation (Huffington Post), Obamas full remarks on Baltimore (The Hill)