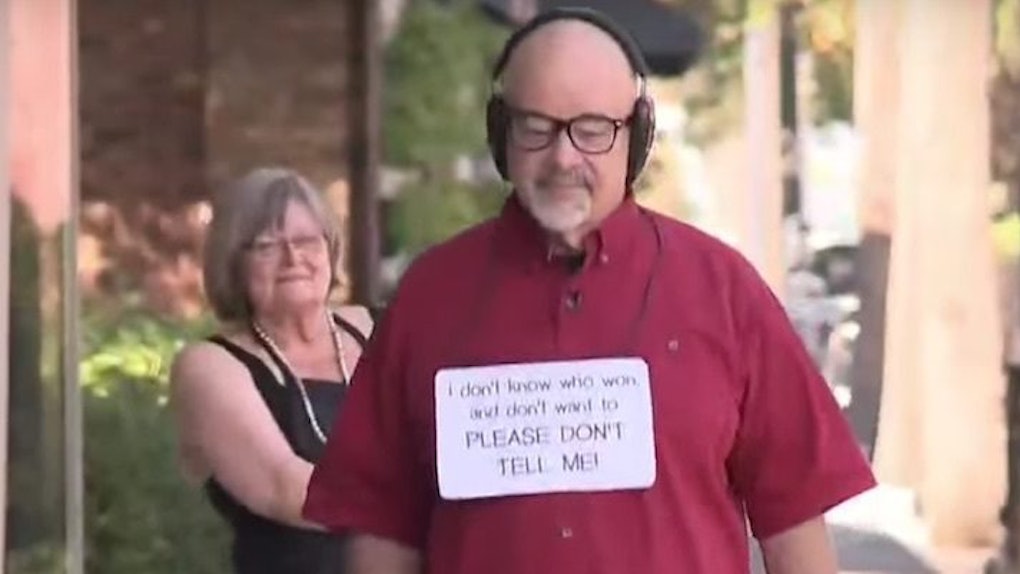 Guy Refuses To Know Who Won The Presidential Election

It's been 10 days since the 2016 presidential election, and Joe Chandler still has no idea who won.

The South Georgia man was so fed up with politics by November 8, he decided to ignore the election entirely, Fox 5 Atlanta reports.

I guess if I had known what the outcome of the election was going to be, I would have probably skipped out on watching the results too.

It's been reported Chandler fell asleep on election night with plans of discovering who had won in the morning. But when he woke up, he felt so at peace without knowing the results that he wanted to wait a few hours before finding out.

To his surprise, a few hours turned into 10 days. Chandler is still living in a bubble. He doesn't have the slightest clue who the next president is going to be.

Apparently, he talked to Fox 5 and said,

Having subtracted myself from this political fracas and all of the mayhem of the digital media, I kind of found the center of the cyclone, it is very peaceful in my bubble of ignorance.

He's basically been avoiding the storm that's been relentlessly knocking us down ever since Donald Trump became president-elect.

Keep your ears covered, Joe. It's for your own good.

Chandler tries his best to stay away from media outlets that could possibly break the news to him. He works from home, drawing calendars, MailOnline reports.

His daughter reportedly keeps him up-to-date on the news without telling him even the tiniest detail of who's going to be the next president of the United States.

When he ventures into the public eye, he puts headphones on and wears a sign that says, "I don't know who won and don't want to. Please don't tell me!"

According to Fox 5, Chandler might finally be ready to find out who won the election next week. I guess the unknown is a little more daunting than we thought.

He's in for a rude awakening.