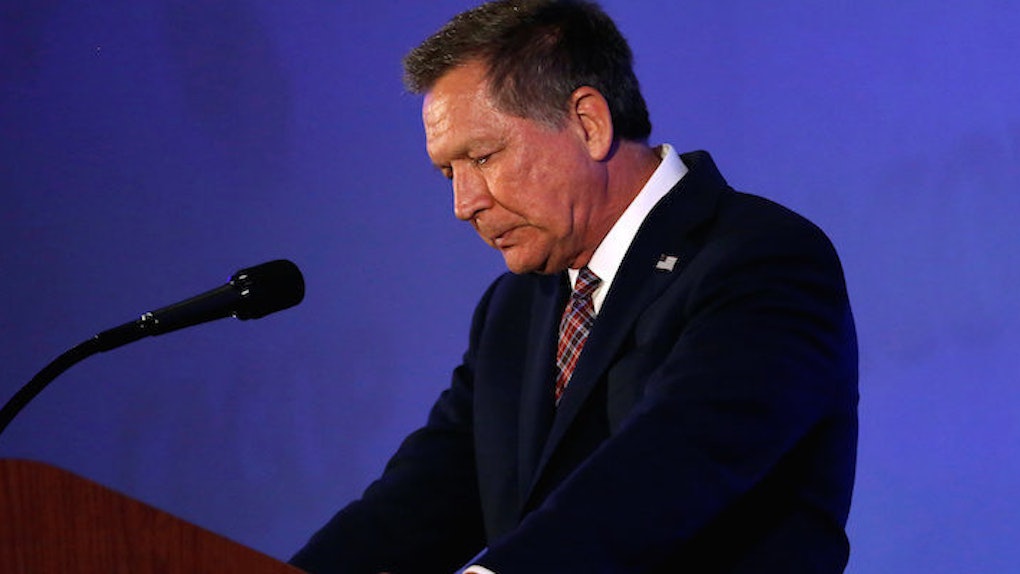 John Kasich Is Reportedly Dropping Out Of The Presidential Race

According to reports, Governor John Kasich is dropping out of the presidential race on Wednesday.

This will make Donald Trump the only remaining Republican presidential candidate, given Ted Cruz also dropped out on Tuesday night.

Simply put, the Republican nomination for president is essentially being handed to Donald Trump. This is really happening, America.

Kasich will reportedly make this announcement officially at 5 pm EST on Wednesday, according to The Hill.

From a mathematical standpoint, this makes sense. Kasich only won one primary contest, which happened to be his home state of Ohio, and he didn't have a viable path to the GOP nomination.

Trump has been the clear front-runner for quite some time at this point, but no one would've called this at the beginning of the election.

It now looks like a gruff real estate mogul with a penchant for bigotry, misogyny and demagoguery is going to be the presidential nominee for a major political party. This is definitely one of the strangest elections in American history.